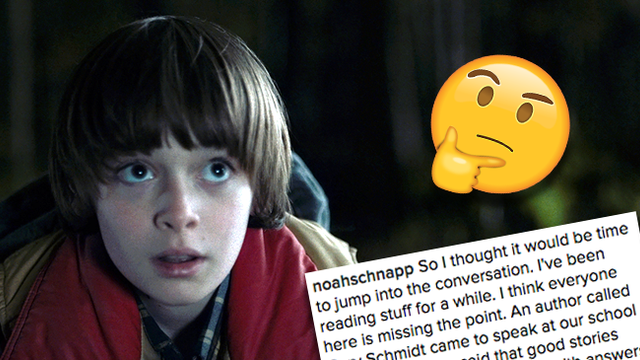 Hang on... is the Upside Down just a metaphor for being in the closet?

Ever since we finished watching the last episode of Strangers Things, the unanswered questions have been whirling around our minds. We can't stop thinking about it. Who or what exactly is Eleven? What the hell is going on with Will's digestive system post-Upside Down? Why isn't anyone trying to save Barb!?

There's been plenty of theories circulating the internet, enough to tide us over 'til season two finally drops in 2017 but there's one theory that seems to have been causing a bit of a fight on social media amongst the fandom and it involves little ol' Will Byers' sexuality.

Back in the summer, when the show first dropped on Netflix, a thread surfaced on Reddit asking if Will Byers was actually gay. The theory was based on the fact that throughout the series, Will and his friends are subjected to homophobic bullying due to their penchant for things that aren't the "social norm". Like the fact that they're way more into science and RPGs than they are into sports and girls.

On top of that, Reddit argued whether or not the “Upside Down”, where Will had been taken to, was actually a metaphor for being “in the closet” and that the Demogorgon is some kind of alien form of homophobia.

The theory has now turned into a full blown war on Twitter with some members of the fandom, who have accepted the theory as head-canon, now "claiming him" and being pretty nasty toward fans who don't agree with the "evidence".

Thanks to the relentless conversation surrounding his character, actor Noah Schnapp who plays Will decided to have his say and you know what, he's 100% right.

"So I thought it would be time to jump into the conversation. I've been reading stuff for a while. I think everyone here is missing the point. An author called Gary Schmidt came to speak at our school this week and he said that good stories aren't supposed to leave you with answers because then you never question yourself and you forget about it. A good book, or a good show leaves a lot of unanswered questions but makes you think. Which is what you are all doing."

"For me, Will being gay or not is besides the point. Stranger Things is a show about a bunch of kids who are outsiders and find each other because they have been bullied in some way or are different. Does being sensitive, or a loner, or a teenager who likes photography, or a girl with red hair and big glasses, make you gay? I'm only 12 but I do know we all relate to being different. And that's why I think the Duffers wrote the show the way they did. So you can ask all these questions. I hope the real answer never comes out!"

Number one: how is a twelve year old THIS intelligent?! And number two: he's right - it shouldn't matter whether Will Byers is gay or not. The beauty of the Duffer brothers' writing leaves all of that open to interpretation and conversation.

What do you think? Would you prefer an explicit explanation to Will's sexuality or no? Let's see what happens in Season Two! 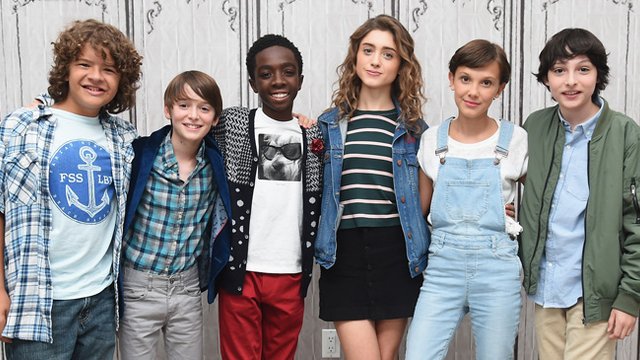