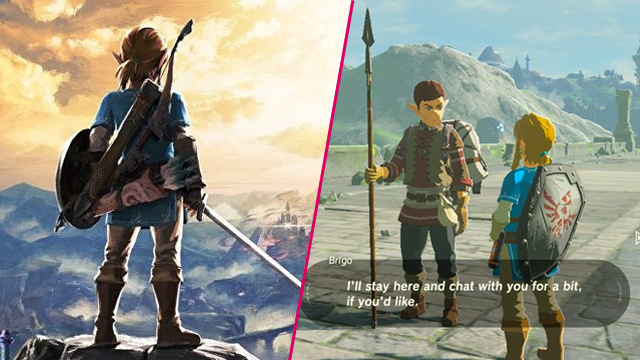 Brigo from "Breath Of The Wild" is the real hero of Hyrule.

People are obsessed with the Nintendo Switch for one particular reason.

'Legend Of Zelda: Breath of The Wild' is being hailed as one of the greatest games of all time - even though it has only been out for a couple of weeks. The map in the latest installation in the 'Zelda' franchise is so large, that people playing as Link are discovering new and exciting areas, items and characters every day.

Characters like Brigo, who hangs out on Proxim Bridge. 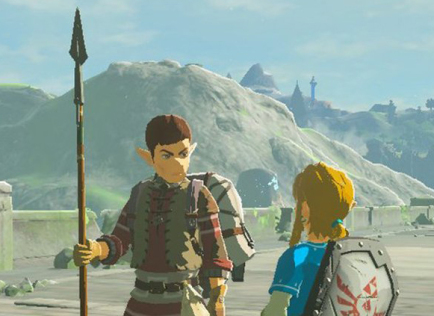 People have noticed that Brigo isn't your average NPC - he cares. And if he spots you doing something that looks like you might hurt yourself, he takes it upon himself to step in.

If you stand on the edge of a bridge, this guy will try to talk Link down from suicide. He even offers to help talk you through it pic.twitter.com/c2xkY6HgzB

Yep, good guy Brigo will step in if he sees you hanging around too close to the edge of the bridge, to remind you of all the good in the world. Coming back down will encourage him to offer to chat to you, in case you might need it. Jumping off will obviously leave him a bit upset when you come back up for a follow-up chat.

If you jump off the bridge after this guy tries to talk you down, you get different dialogue when you see him again. I feel awful now. pic.twitter.com/gXbIPXsQdi

The moment from the game has been shared widely, with many people experienced in suicide prevention praising Nintendo for their efforts in, not only encouraging people who might have these thoughts, but also showing their audience how to handle the situation.

Some have thought that Brigo has been inspired by Kevin Briggs.

Briggs is a former highway patrol officer that prevented upwards of 200 suicides on San Fransisco's Golden Gate Bridge. The name "Brigo" could be a reference to his efforts over the years.

Watch an example of Brigo talking to Link below.

Nintendo have touched upon hot-button subjects in the past in their games; gender identity, female empowerment and same-sex relationships have been referenced in games as harmless as "Animal Crossing". But this is the first time something as sensitive as suicidal thoughts has been approached - and we can't wait to see this discussion become normalised even further.