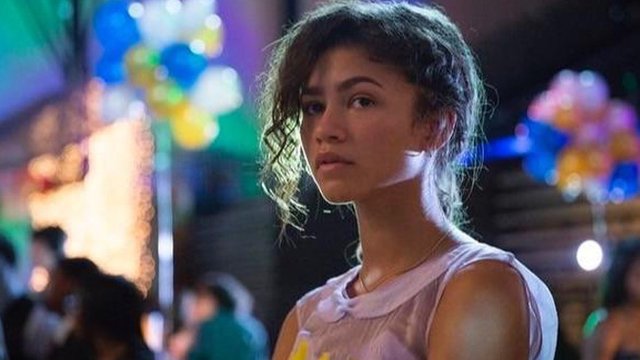 Turns out Zendaya took the task of bonding with her fellow castmates very seriously indeed.

Zendaya, the hilarious scene-stealing star of Spider-Man: Homecoming and all around excellent person, used to pass the time on set by forcing her castmates to play a pretty awkward sounding game.

The Hollywood Reporter revealed that director Jon Watts would send the cast out for some bonding to give the impression they were real students together, including a group picnic and a trip to the aquarium. Plus, according to Tom Holland, Zendaya took it upon herself to come up with the most high school-style game she could, to get everybody into character as actual students:

"Zendaya came up with a really interesting game that brought everyone closer together immediately, where you sit in a circle and you honestly have to tell everyone your first impression of meeting them".

Yep, that doesn't sound awkward at all...

What we wouldn't give to know what everybody said at that session. Maybe it'll make the DVD extras.

We caught up with Tom and Zendaya recently and put them through their paces in the PopBuzz Confession Booth. Click the video below to see how they got on.