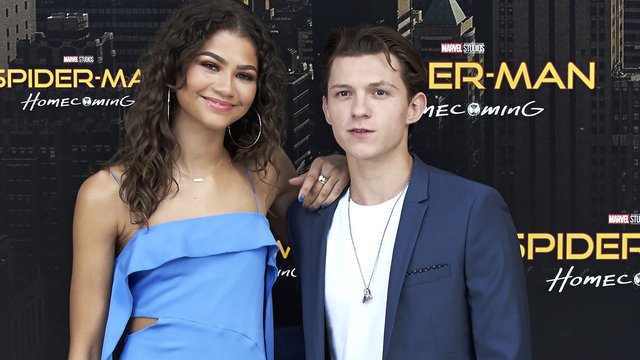 The actress is the subject of a new magazine cover story with loads of juicy details Spidey fans will love.

Zendaya has once again clarified what we already knew in our heart but refused to believe - her and Tom Holland are just friends.

The Spider-Man: Homecoming star was featured in a new cover profile in Variety when the question once again came up, Zendaya quick to dismiss any speculation about the pair's romantic involvement.

"We are friends. He’s a great dude. He’s literally one of my best friends. This past how many months we’ve had to do press tours together. There’s very few people that will understand what that’s like at 20 years old."

Sorry shippers, but hey, at least they are probably gonna get together on screen in the next Spidey film.

Zendaya also told a very cute story about the first time the friends met in the audition process and a particular concern she had about their height difference:

"He says when we first met it was super awkward because he went for a handshake and I went for a hug. But I don’t remember that. I thought it was cool. I was worried because he’s so much shorter than me. I was like, ‘Damn it! It’s going to be weird because I’m super tall.’ But then we ended up doing the audition sitting. So that was good."

Check out the full profile of Zendaya, complete with an incredible new photo shoot, over at Variety right now.

Plus watch what happened when we caught up with Tom and Zendaya in London to ask about their celeb crushes: