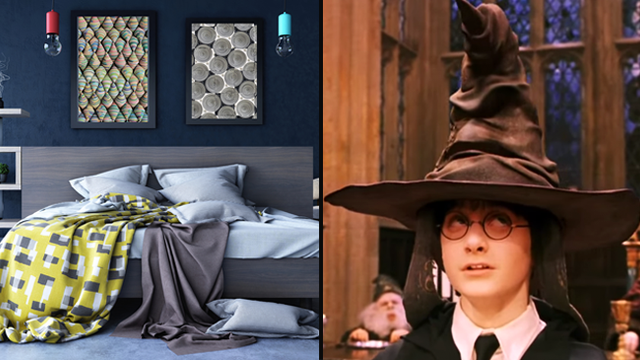 Fun fact: The only thing the Sorting Hat takes into consideration are your interior design skills.

Did you know, on June 26th, it will have been 20 years since the very first Harry Potter book was published. How time flies, ay? We're sure you've been sorted into your Hogwarts house many a time before but we bet no one has ever taken your interior design aesthetic into consideration have they? Just answer these questions and we'll reveal your one true Hogwarts House. None of that silly aptitude stuff on Pottermore, everyone knows the Sorting Hat only cares about your taste in throw pillows.

Every Riverdale crossover in Chilling Adventures of Sabrina season 3

Ariana Grande changes 'thank u, next' lyrics for her dad in emotional Grammys performance