What Does Cheryl Blossom's Spider Pin Mean On "Riverdale"? 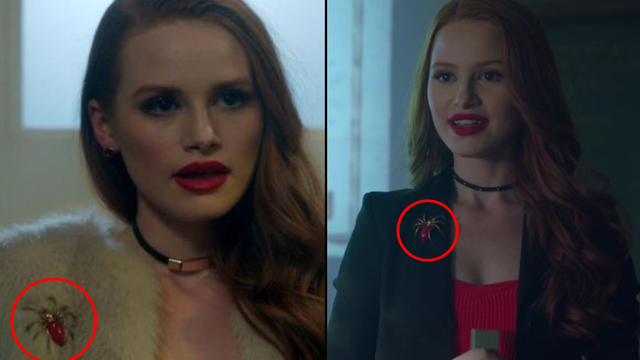 It's not just a random spider, you know.

Cheryl Blossom is a badass who has been known to serve an iconic look or two. She regularly achieves a level of style that eclipses that of her Riverdale high classmates. If you've kept a watchful eye on her bolder style moments, you'll recognise the one accessory that hints at a dark side to Cheryl.

Cheryl has been known to wear spider brooches as an accessory on her lapel. 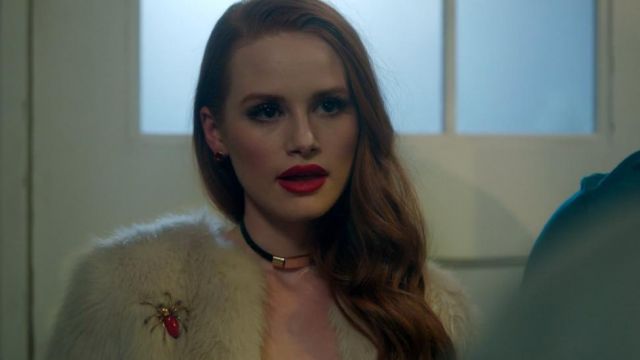 Cheryl also proves that the brooch is a very versatile ornament, pairing it with lots of different outfits. 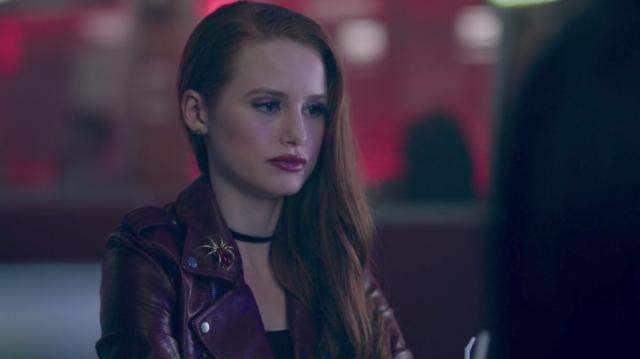 She loves her spider brooch(es?) so much that she even has one in all black. 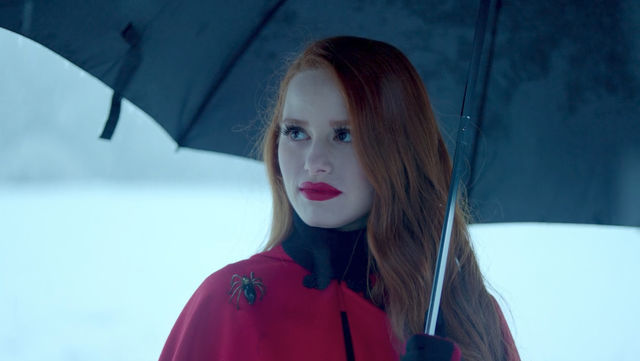 Cheryl also gave one to Jughead as a peace offering in season 1, assuring him that it would "fetch a pretty penny at the local pawn shop".

In the latest episode of Riverdale, Cheryl proudly dons her spider brooch once more (meaning she likely has more than one). 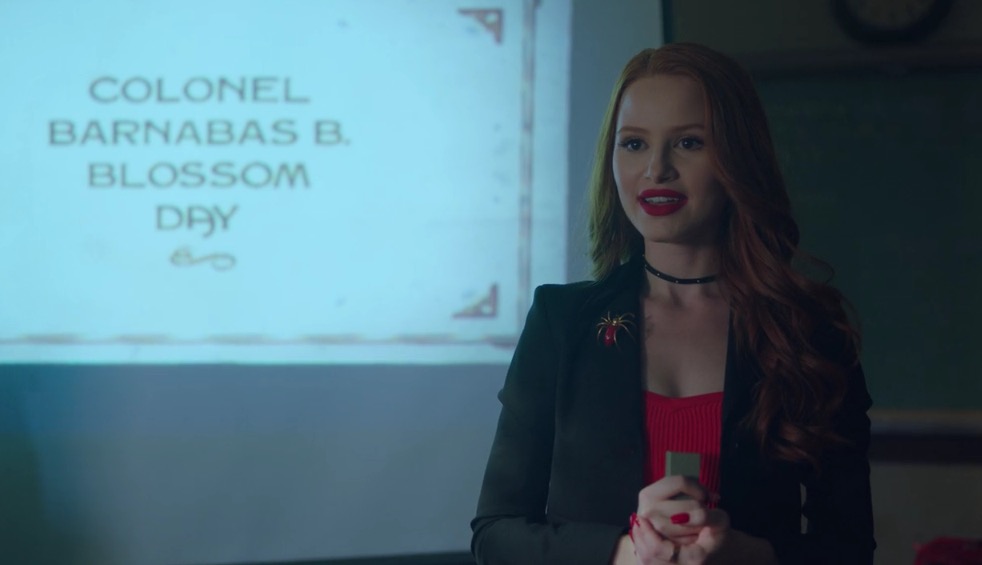 We know that Riverdale goes through painstaking efforts to add meaning to each character's style choices, which suggests that Cheryl's iconic spider brooch isn't just a random piece of jewellery.

The spider usually appears in Cheryl's signature red, signalling that the piece of jewellery has some connection to her character or on-screen persona.

In terms of symbolism, interesting theories about the spider have emerged. A popular fan theory is that it's not just any arachnid, but rather, the famed Black Widow. Female Black Widow spiders are known to have a "particularly harmful bite" to humans.

Spiders, in general, are believed to symbolise feminine power and creativity. Spiders, of course, are known for their ability to weave intricate webs.

In Cheryl's case, we can usually take the appearance of her iconic spider brooch to mean she is feeling particularly cunning or even concocting an elaborate scheme.

If we know anything about Riverdale's production team, it's that they love a bit of symbolism. Next time you spot Cheryl wearing her iconic spider brooch, make sure you're ready for some drama.