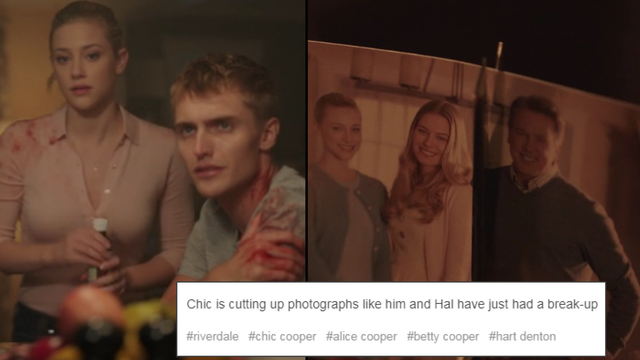 After months of character arc speculation, Hart Denton arrived on our screens as the misunderstood and slightly sinister Chic Cooper. Chic is eccentric, to say the least, and audiences don't quite know what to make of him.

2) And I think we can all guess his favourite book. 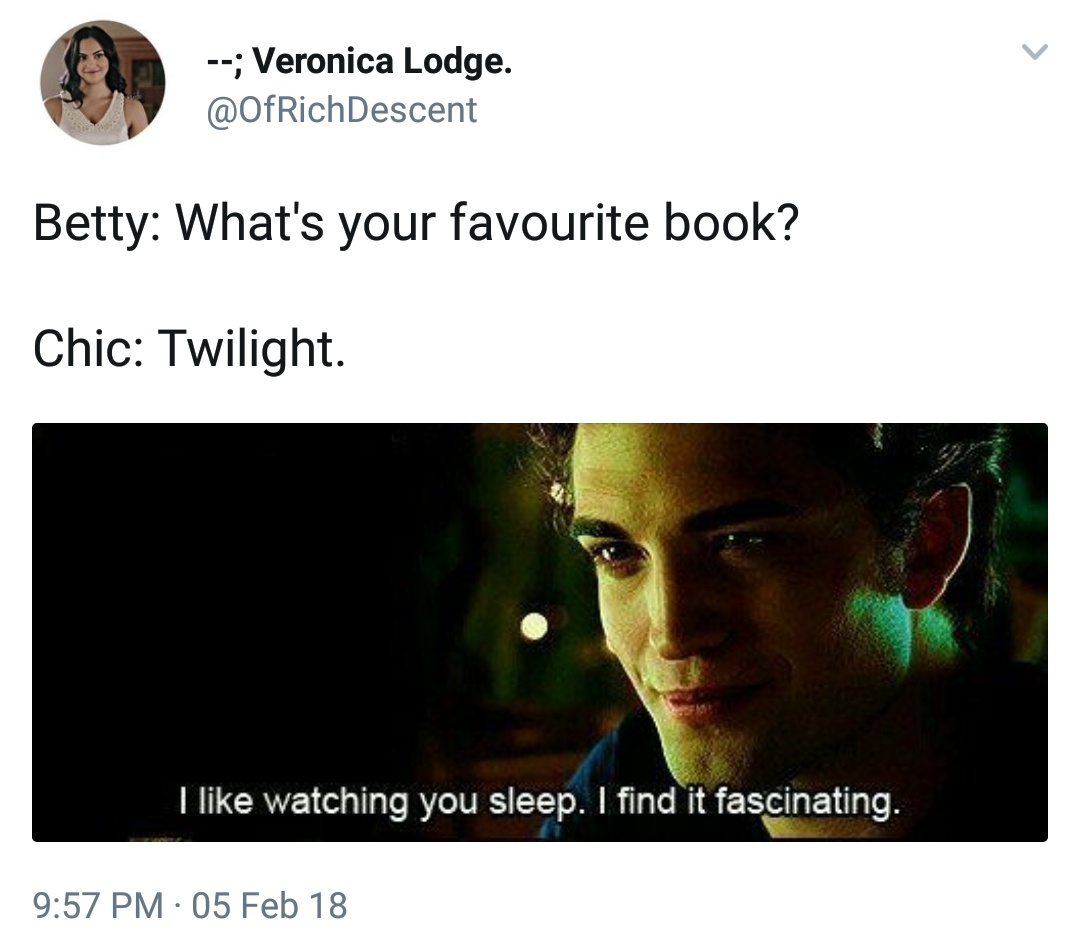 3) Even the webcam FBI agent is not with it. 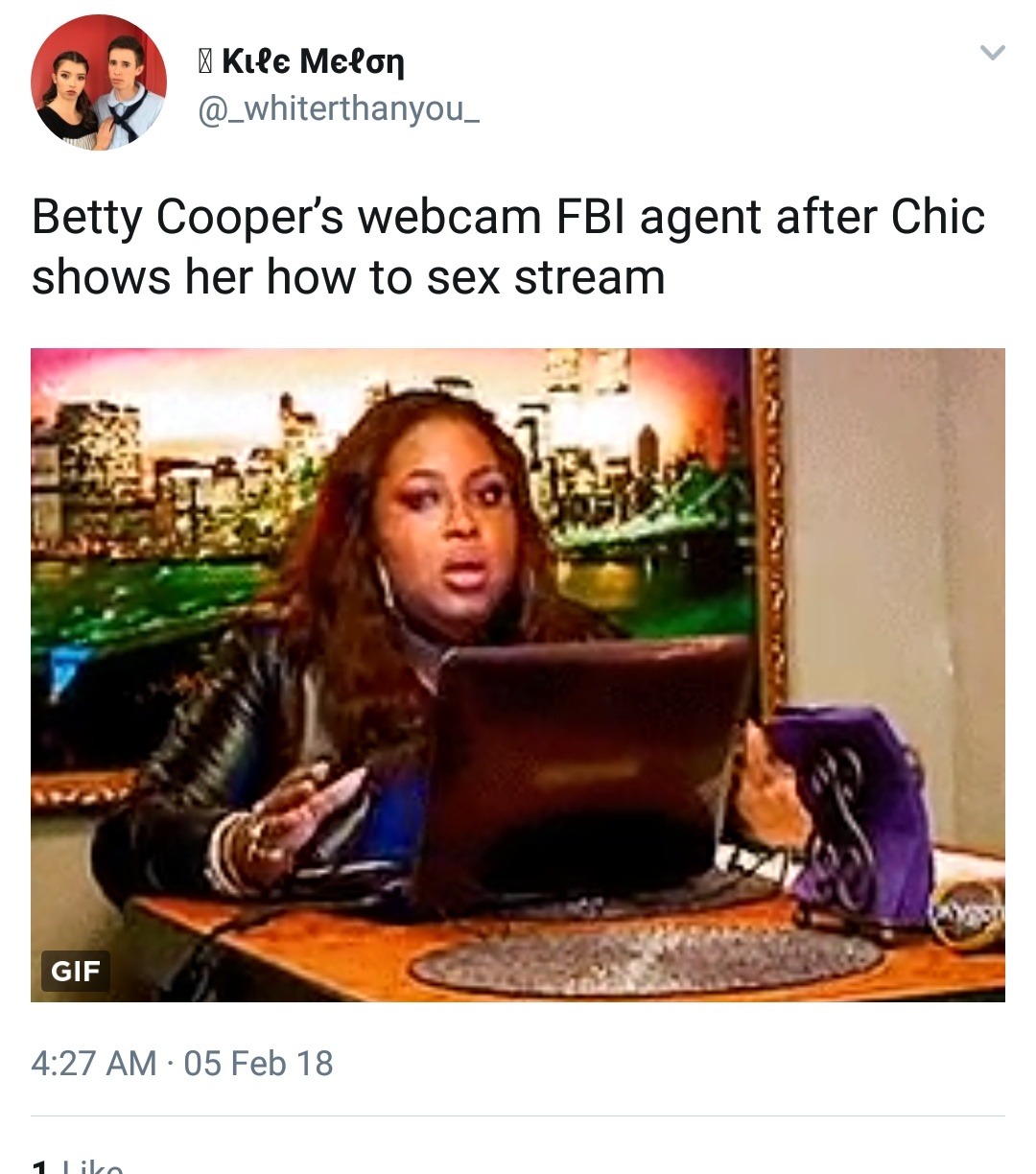 4) Betty reacting to Chic's waterworks is basically you dealing with your siblings.

5) But if he weren't around we wouldn't have iconic BTS moments like this.

7) Betty and Hart are highkey the best fake siblings. 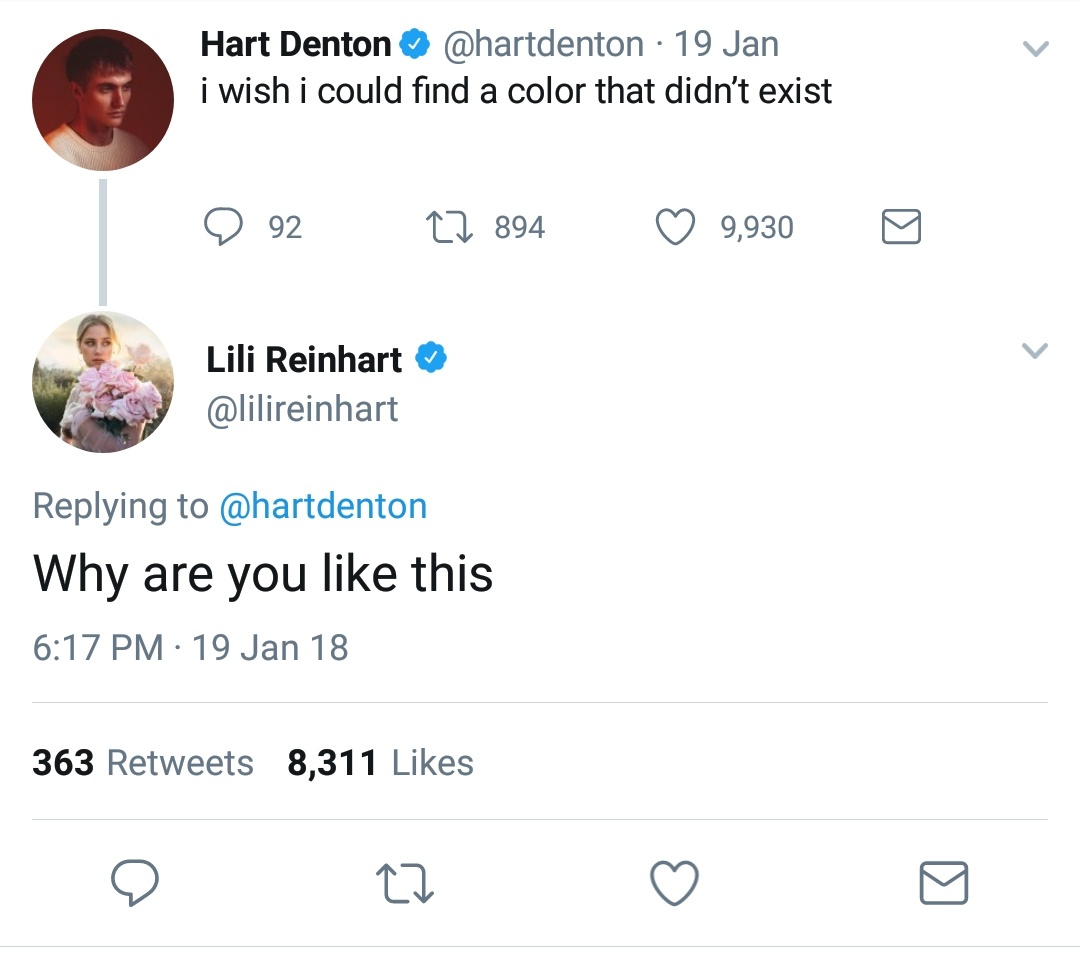 8) Raise your hand if the hairs on the back of your neck stand up when Chic is on screen.

9) Alice may be buying the act BUT WE'RE NOT

10) Keep your hand raised if Chic coming down the stairs drinking milk still haunts your dreams. 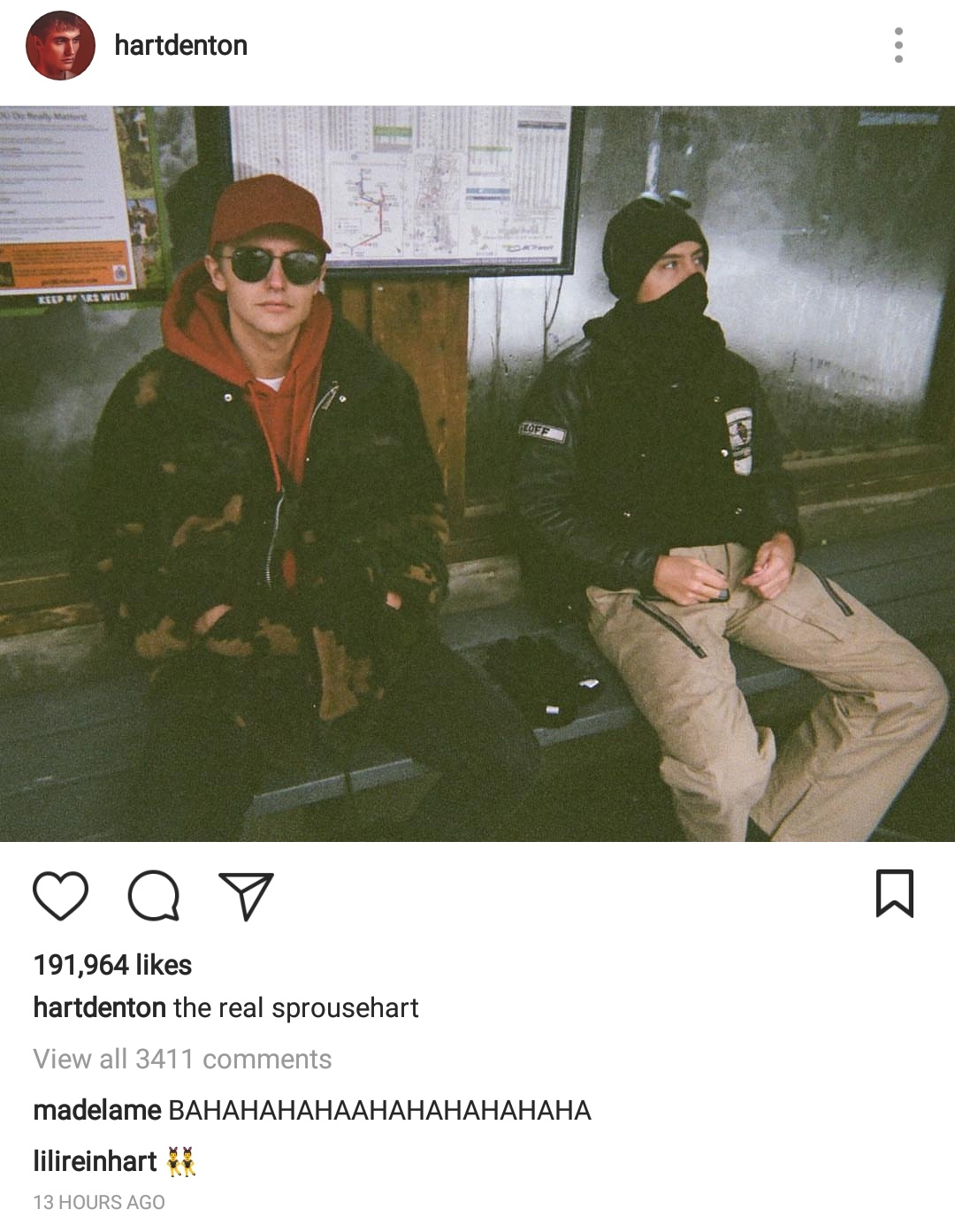 14) But...let's be honest. I love my family even if one of them is probably a psychopath.