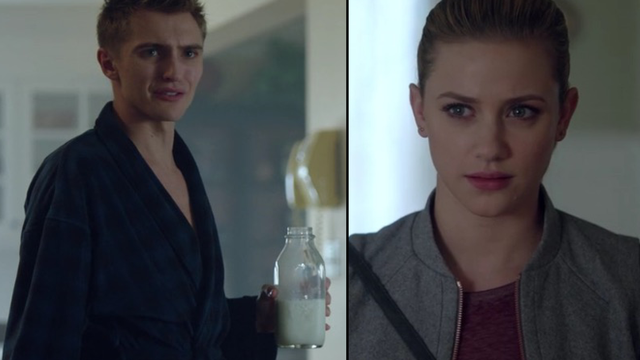 Aaaand now we can't stop thinking about it.

Riverdale season 2 episode 12, 'The Wicked And The Divine', gave viewers a glimpse into Chic Cooper's complicated circumstances. It also gave viewers a look into a classic cinematic trope that may hint at something sinister bubbling beneath the surface of Betty's long lost brother.

This scene probably left you wondering the significance of a seemingly innocent bottle of milk. 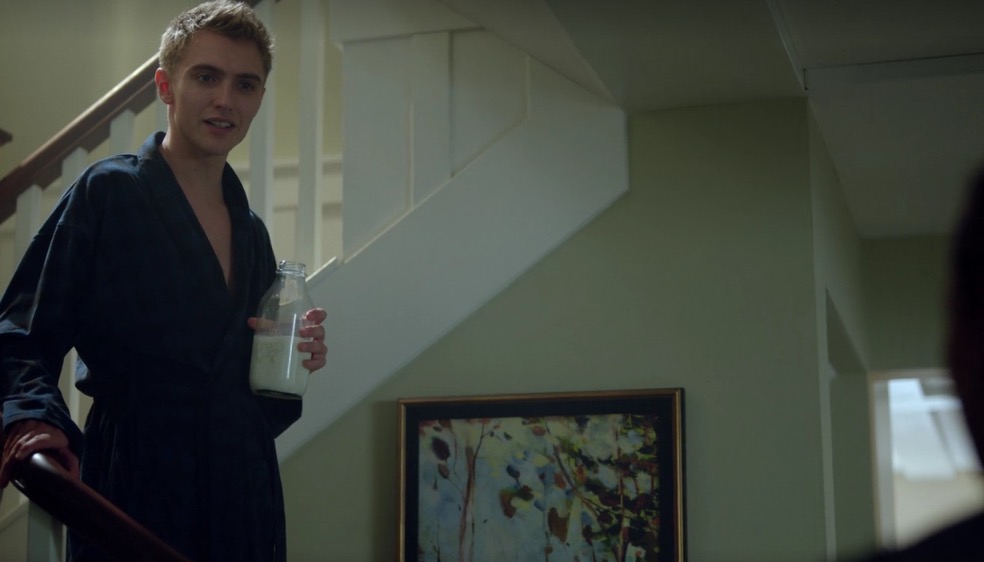 As Greendale's finest, Ben, hurriedly exits Chic Cooper's quarters after a successful "job interview" (who gets interviewed in a bathrobe, hmm?), Chic descends the stairs with a casual milk bottle in hand.

Now, this isn't the first time a Riverdale character has been caught millk-handed.

Jughead is a fan of the white stuff.

And Kevin Keller apparently loves a refreshing glass of milk, too.

what is with riverdale men and their milk #Riverdale pic.twitter.com/S7rQiBduue

Even Camila Mendes said that the milk thing is "a motif" aka a repeated theme.

milk is a motif in #riverdale pic.twitter.com/2J3s3MDgDV

So what's the tea with the milk?

Well, you may have noticed other characters in films drinking milk like this.

See Rebel Without A Cause.

via Warner Brothers/Rebel Without A Cause

Or A Clockwork Orange

Firstly, the milk thing is supposed to be clue that Chic is a bit strange. We don't usually associate adulthood or even late adolescence with milk drinking, so when Chic comes down the stairs, milk in hand, it's definitely a visual cue about what kind of character he could be. 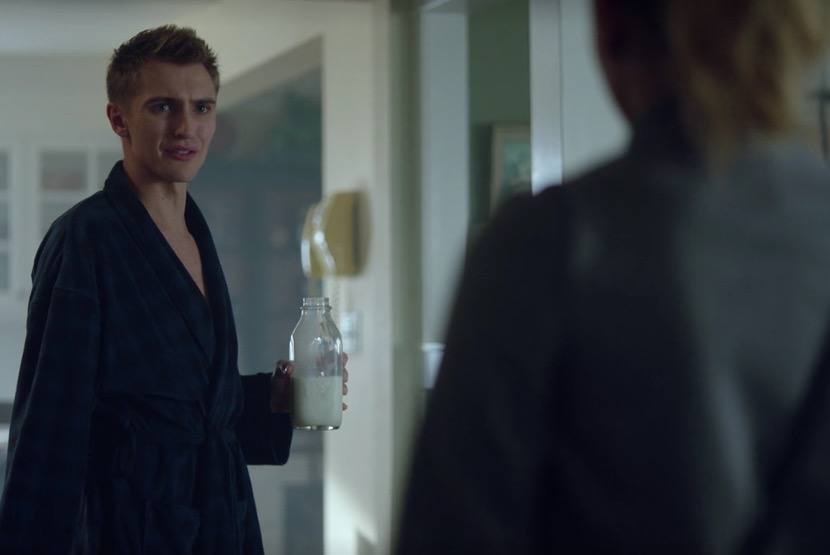 Secondly, milk drinking is sometimes associated with "corrupting" or "consuming" the pure. This especially takes on meaning when we consider that Chic's sudden appearance in the Cooper household has prompted their youngest daughter to try her hand at being a "cam girl". This, of course, ushers in the return of Dark Betty.

The milk could also be signposting the fact that Chic is straddling a line between the his lost innocence and the "perfect family" facade that the Coopers have constructed.

Saying all that, there's a possibility that this is just a visual gag meant to amuse Riverdale writers and fans, but we doubt it. The Riverdale team are huge fans of cinematic references and this would be one HELL of a coincidence if it wasn't pointing to something strange about Chic Cooper.

Now You See It actually did a detailed explainer of the milk thing aaaand now we can't stop thinking about Chic and that damn bottle of milk.