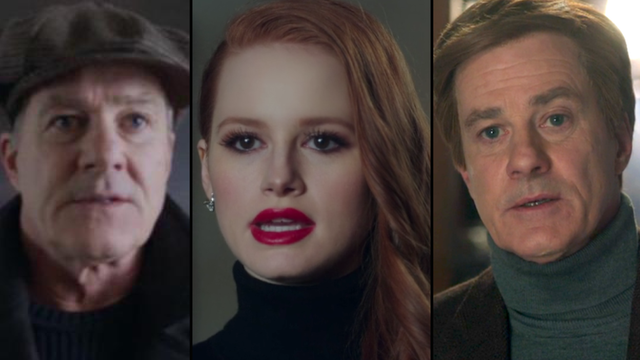 You're gonna wanna sit down for this.

Riverdale fans received quite the shock this week when a very familiar character was, seemingly, raised from the dead. Clifford Blossom's long lost twin Claudius showed up at the will reading to shake the table. And shake the table, he did.

We have more questions than answers about "Claudius" and the internet, in all its infinite curiosity and wisdom, has some theories.

Theory #1: Clifford Blossom made the real Claudius hang himself.

We know three things about Clifford Blossom. One, he loves a lace front wig. Two, he has a twin brother. Three, he's not adverse to killing his family members. What if we supposed that Clifford, knowing that his hand in Jason Blossom's death would soon be exposed, lured his twin brother into town, killed him, popped a wig on his corpse, and assumed his identity?

Reddit likes this theory and, if we're being honest, it would be a pretty decent twist (if not a little predictable.) 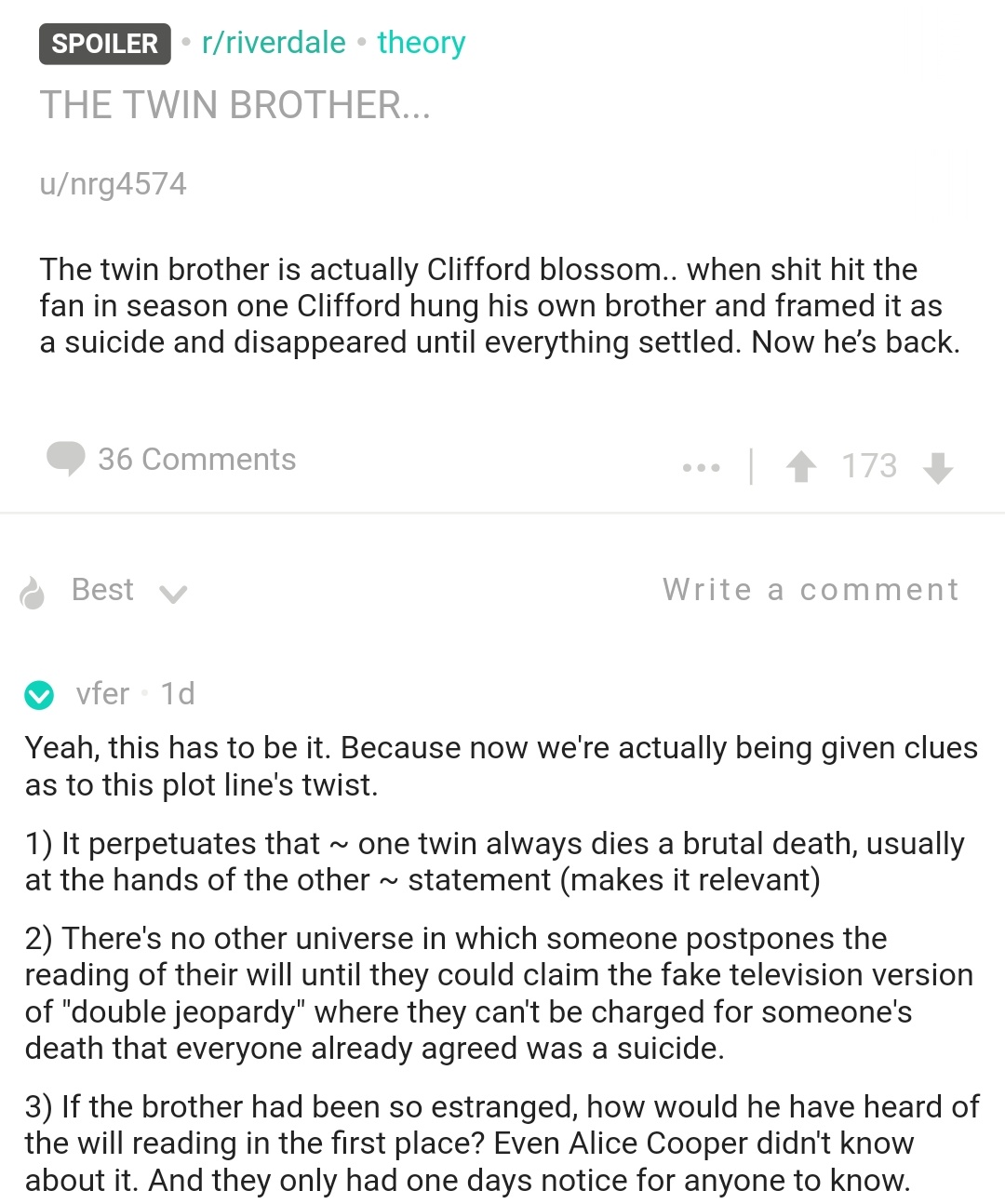 Theory #2: Claudius was the one who killed Clifford.

People have also pointed out that the name "Claudius" has obvious Shakespearean parallels. In Hamlet, our protagonist's uncle Claudius kills his brother and marries Hamlet's mother in order to take the Danish throne. If this theory is to be believed, Claudius Blossom is the one behind Clifford Blossom's gruesome ending.

After a childhood of being groomed for greatness, Claudius was chased out of town by Clifford. Our pal, Claudius certainly would have the motivation to commit such a dastardly deed. Interesting! Of course, if this turns out to be true I will 100% jump into Sweetwater River.

Theory #4: Claudius was the one who killed Jason.

We love an outlandish theory. If Riverdale eventually reveals that Claudius was the one who really killed Jason, it would be one of the most head-spinning uses of the "it was the evil twin all along" trope since I Marlene King revolutionized it on Pretty Little Liars.

Anyway, maybe Claudius is Claudius, Clifford is Clifford and this is just a regular degular storyline from the writers of Riverdale. MAYBE.

Lili Reinhart claps back at people trashing Riverdale on TikTok