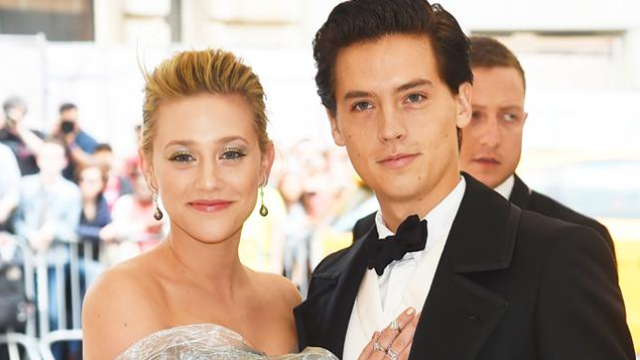 The "Riverdale" duo just took to the red carpet at the Met Gala AS A COUPLE and they SLAYED.

Ladies and gentlemen, we have ourselves a COUPLE. Yes, Cole Sprouse and Lili Reinhart have made their first appearance together as a couple at the Met Gala in New York City (May 7) and if you listen closely, you can hear the world collectively losing their sh*t.

Cole and Lili have of course been spotted on the carpet together many times before, but they've usually been surrounded by their Riverdale co-stars. The pair technically made their first red carpet appearance as a "rumoured couple" back in 2017 at the Teen Choice Awards, but haven't appeared together on another carpet since. Since then, they've been pretty coy about their relationship, both not wanting to address it in public.

But after being invited to the Met Gala, it looks like they're not really into keeping their relationship on the DL anymore after all.

LOOK AT HOW GOOD THEY LOOK TOGETHER. I'VE HAD IT! OFFICIALLY! BUGHEAD FOREVER.

In case you were wondering, Lili is wearing H&M.

Lili Reinhart claps back at people trashing Riverdale on TikTok