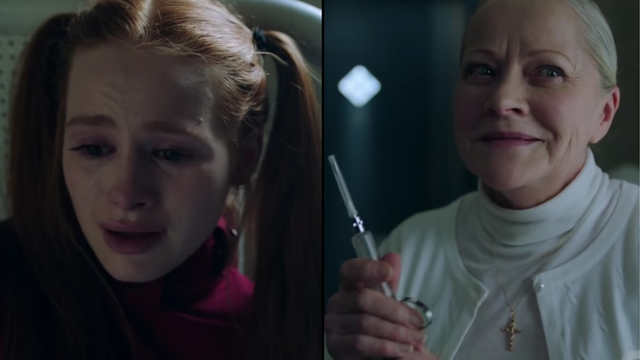 Cheryl and Toni are getting closer on Riverdale, but a new plotline may threaten their blossoming romance. At the end of this week's episode, it is revealed that Cheryl has been sent to a "conversion" facility.

Penelope Blossom hides this truth from Toni by saying Cheryl has been sent to an all-girls boarding school in Switzerland.

In next week's promo, things don't look too good for Cheryl, as the gang hatches a plan to find out where she's been sent to.

The drama of it all will, undoubtedly, make the episode a must-watch, but fans aren't exactly sold on the conversion therapy storyline. 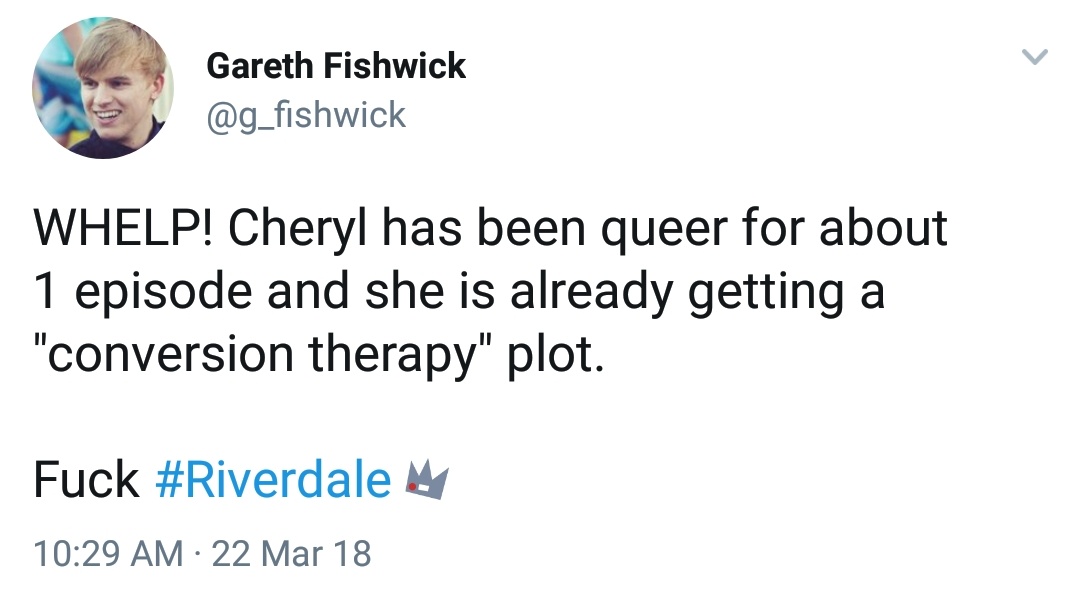 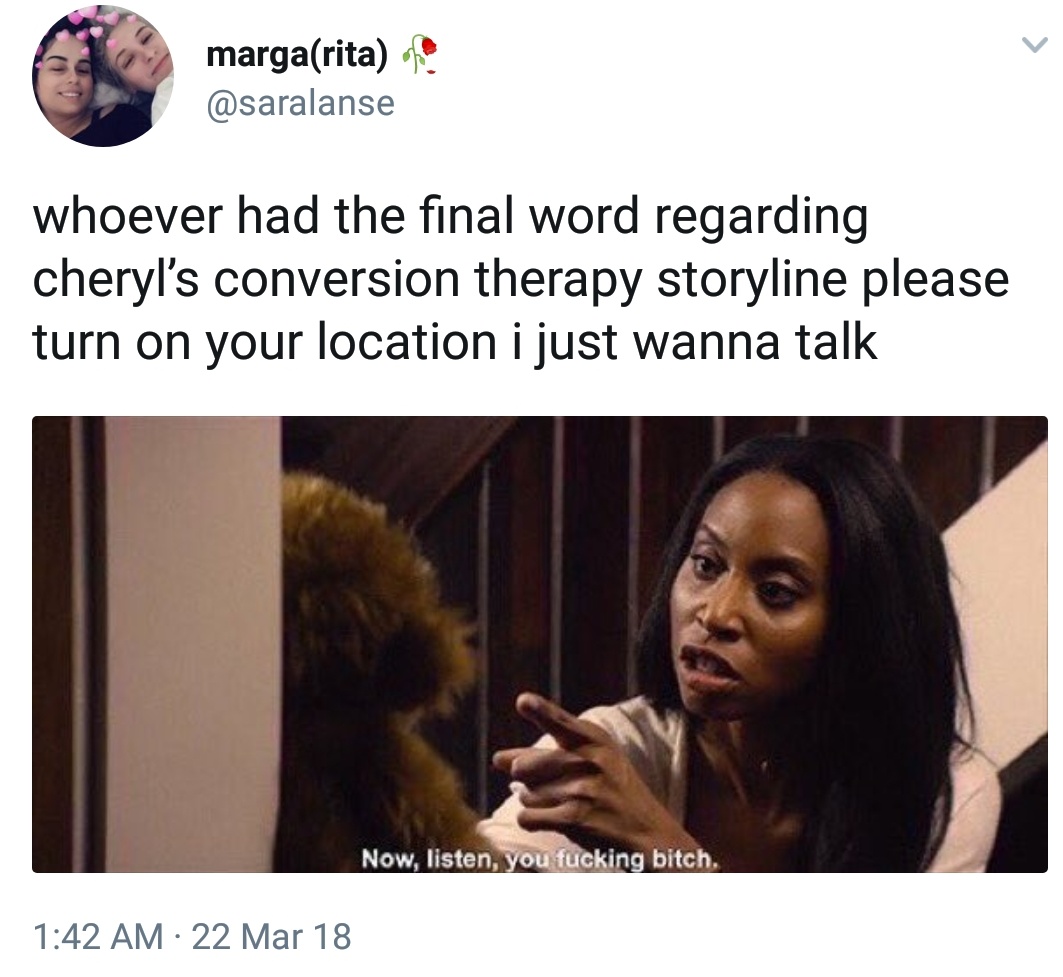 For anyone unaware, conversion therapy is a completely unscientific process that aims to "change" a person's sexuality or gender identity by teaching them that being gay or gender non-conforming is unnatural.

It has been roundly rejected by credible mental health professionals and can be hugely traumatising for individuals forced to participate. Similar to Cheryl's case, young people are often sent to these facilities by their parents in the hopes that they can be "straightened out" by bigoted staff.

Conversion therapy is a huge deal in the LGBTQ+ community and more mainstream outlets should talk about how traumatising and dehumanising it is. Hopefully, the more people realise how barbaric this practice is, the sooner we can get solid laws on the books that ban it outright.

Fans are worried, though, that after everything Cheryl has been through, it's over the top to heap this onto her as well. Even for a fictional CW drama. 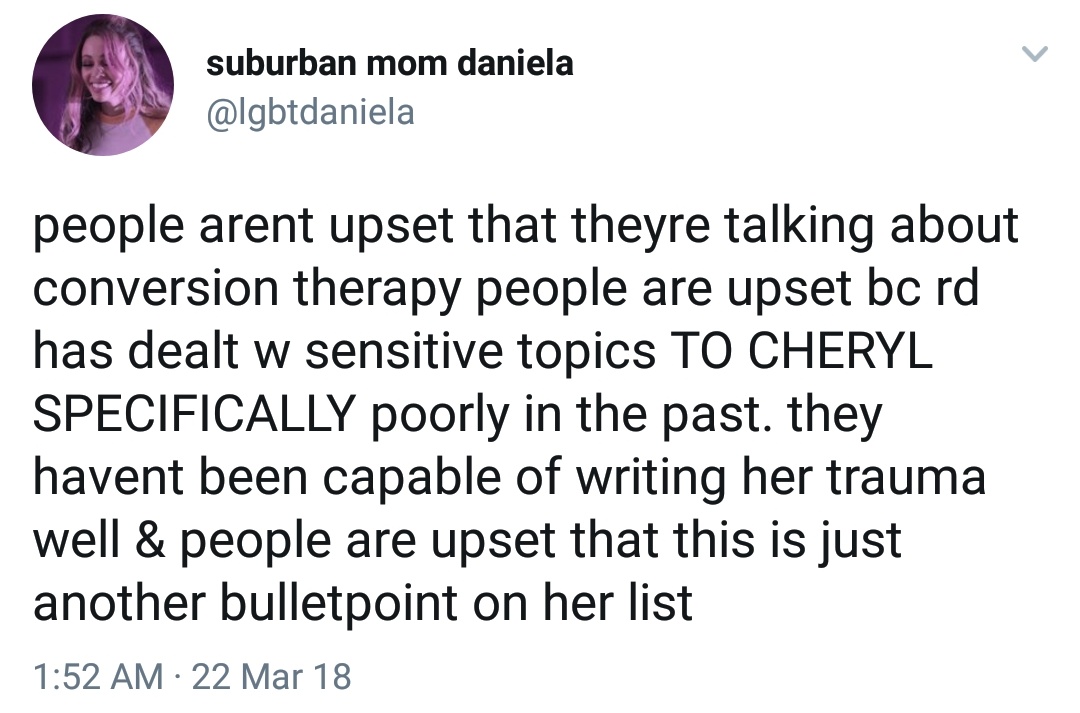 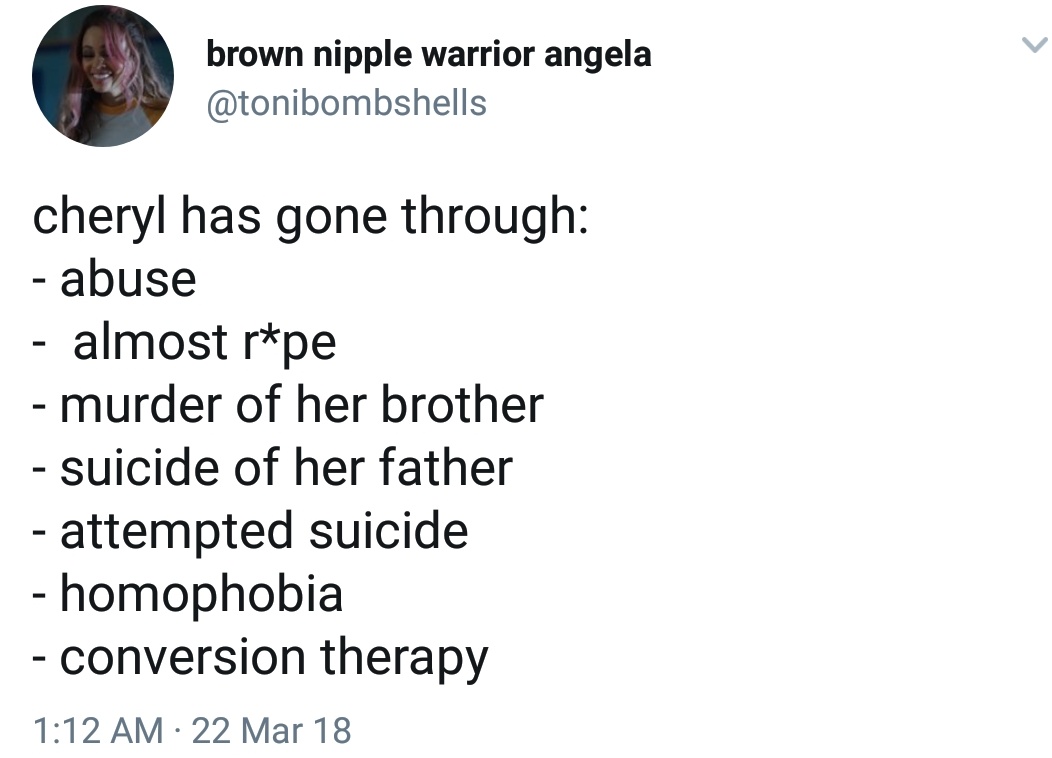 Of course, the episode hasn't aired yet and it's hard to judge something that hasn't premiered yet.

Cheryl is one of the strongest characters on the show, but we can't help but wonder. Will Cheryl Bombshell ever get a moment of happiness?