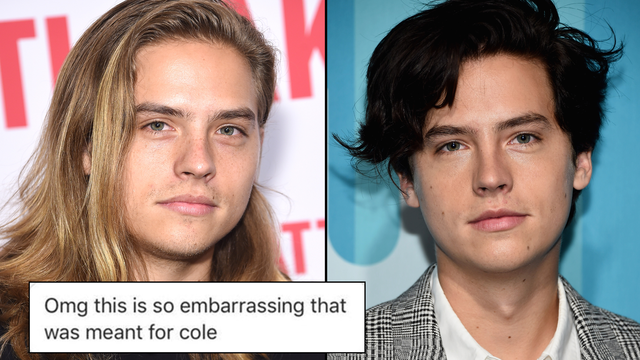 Although, her recovery was pretty smooth.

Dylan and Cole Sprouse may be sporting different looks these days, but that doesn't mean people don't still get them confused from time to time. They've probably been mixed up plenty of times over their lives and careers, but something tells us that the fan mix-ups are particularly amusing.

Dylan Sprouse shared a DM he received from a fan who thought he was actually his brother and it's pretty hilarious. 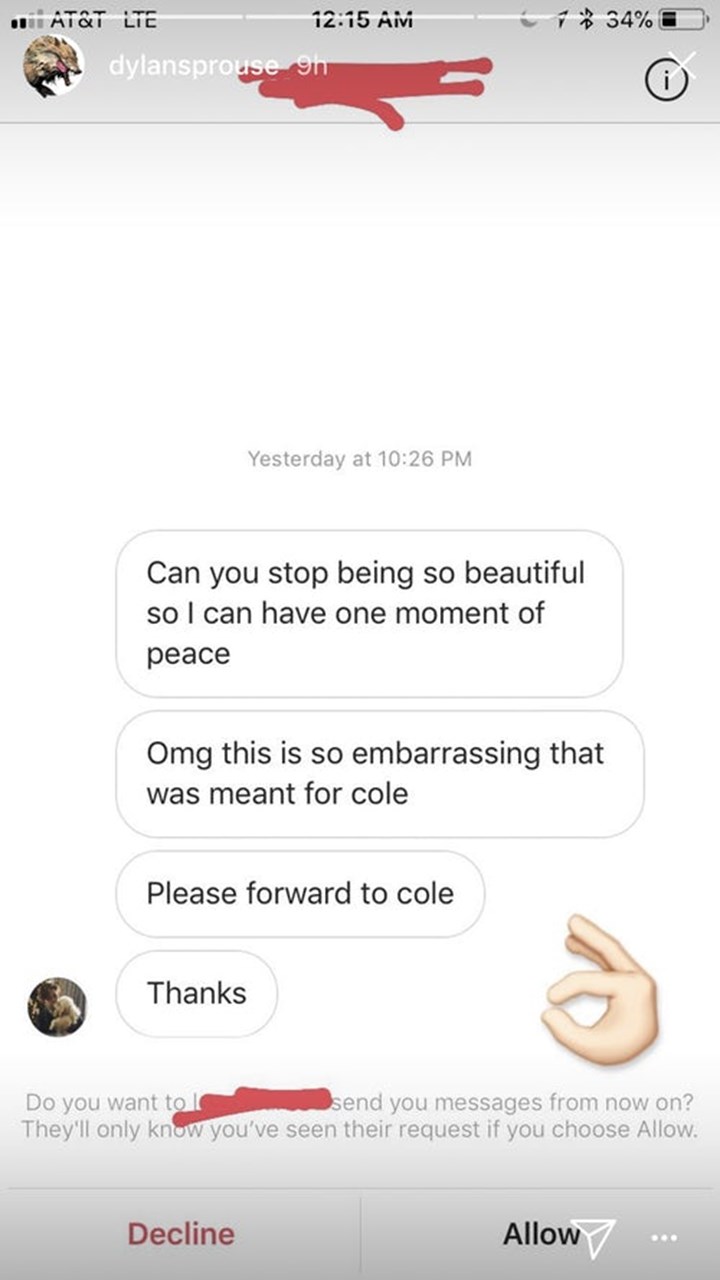 The fan wrote: "could you stop being so beautiful so I can have one moment of peace". Reasonable request.

When they realised their mistake, the fan politely requested that the message be passed on to Cole. Smooth recovery, sis.

Dylan shared the messages to his 4 million Instagram followers and HOPEFULLY, Cole got the message to "stop being so beautiful."

Ever since Cole landed the role of Jughead Jones on the CW's Riverdale, the twins haven't looked as similar as they used to. Cole's darker, shorter hair is a dead giveaway, to be honest. We're willing to bet that the fan was just a bit overexcited and hit "message" on the wrong account. It happens to the best of us! 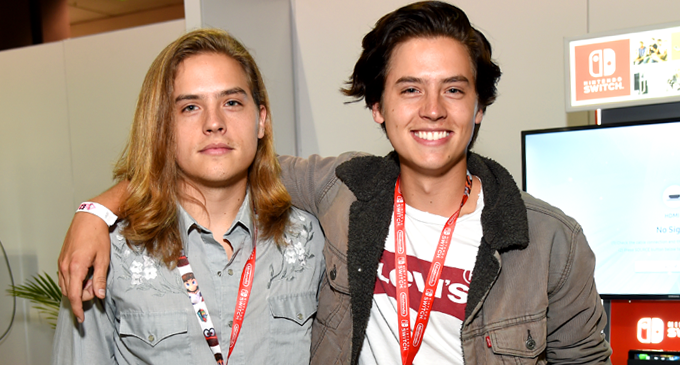