This image appears in the gallery:
Riverdale: Every Movie That Inspired The Episode Titles 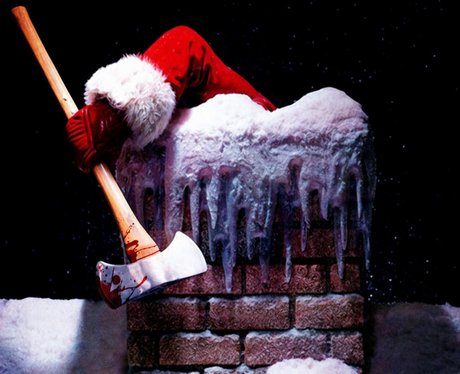 Silent Night, Deadly Night (1984) - A traumatized young man whose parents were murdered when he was young goes on a deadly rampage dressed as Santa Clause. On Riverdale, it is revealed that Joseph Svenson was the man under the hood. It is also revealed that he is Joseph Conway, a man whose parents were murdered in front of him when he was a child.

See the full gallery: Riverdale: Every Movie That Inspired The Episode Titles