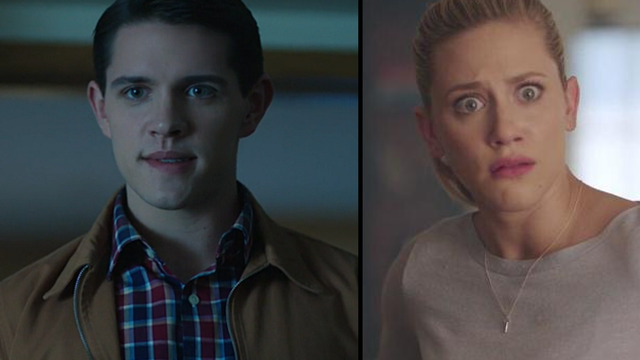 I know we're all racking our brains trying to figure out who Riverdale's Black Hood killer is. The masked vigilante has been terrorising the town of Riverdale since the end of season 1 and we have a few very strong theories about who our culprit could be.

One theory that is certainly raising eyebrows is one which suggests Kevin Keller isn't the innocent sheriff's son we all know him to be.

Betty having regular phone calls with the Black Hood added a completely new dimension to our mysterious killer. The Black Hood is now using Bety to do his bidding, forcing her to expose her friends and even members of her own family. 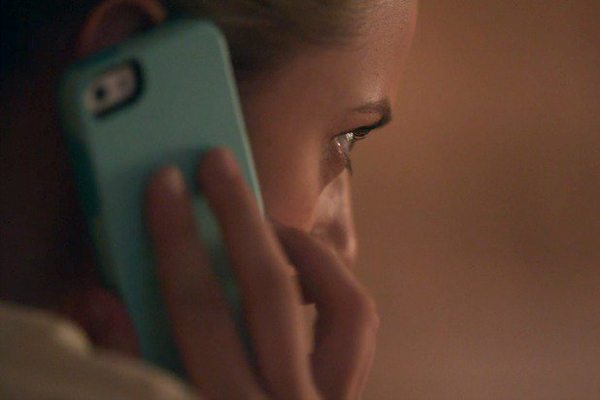 At the end of season 2 episode 5: "When A Stranger Calls", Betty asks the Black Hood if he's someone that she would know. The Black Hood says that he is, a moment which sent fans' imaginations into overdrive.

One creative Riverdale fan even offered up a theory that casts Kevin in a very suspicious light.

"Sheriff Keller told Alice the letter to the Riverdale Register was written by someone different than the letter to Betty, and I have a theory that it was Kevin, and that Kevin has also been the one calling Betty. He has a motive (being upset about Betty going to his dad about his cruising the woods), he would know that Betty would tell Archie about the conversations, and he would know that she loved Nancy Drew as a child. It would also explain the “I don’t like sharing you” line, because he and Betty are best friends. Kevin got over their fight waaaay too quickly, and the writers said there would be more of a storyline for him this season. Maybe this is it."

Kevin calling Betty and posing as the killer might be more plausible than Kevin being the actual killer.

This redditor makes an interesting point about Kevin forgiving Betty way too quickly after she tells on him for cruising in Fox Forest.

The end of episode 3 seems to set up a potential feud between Betty and Kevin. However, by the next episode, Kevin is already calling Betty's ponytail "iconic" and "beyond reproach".

Perhaps Kevin is getting his revenge by tormenting Betty with these phone calls, although this would be very out of character.

It's also not canon.

Okay so, Riverdale isn't exactly known for strictly keeping to its Archie Comics origins. If you'll remember, Jughead is actually supposed to be asexual, a situation which showrunner Roberto Aguirre-Sacasa explained by calling Riverdale part of a journey toward the characters' fully formed Archie Comics selves.

In the Life With Archie comics, Kevin Keller appears as an adult and even gets married. Riverdale season 2 will eventually get its Black Hood unmasking but Kevin as the killer would be a strange direction for writers to go in.

That being said, the redditor's point about writers giving Kevin "more to do" in season 2 is an interesting one.

And, finally, after filming Riverdale all summer, this is what Casey Cott had to say about Kevin Keller.

"Kevin is such a joy. He attempts to spread joy to everyone around him. I think there's something so contagious about that kind of spirit and that kind of laughter. He's just such a bright little light."

Unless this is the BIGGEST MISDIRECT OF ALL TIME, we don't think Casey would use this specific language if his character were the killer. He might talk up his character going "a bit darker" or audiences "seeing a different side" of the sheriff's son. Not, like, him being "a bright little light".

VERDICT: Kevin is probably not our killer.

Don't get too comfortable, though. The real killer will likely leave you equally as shook.