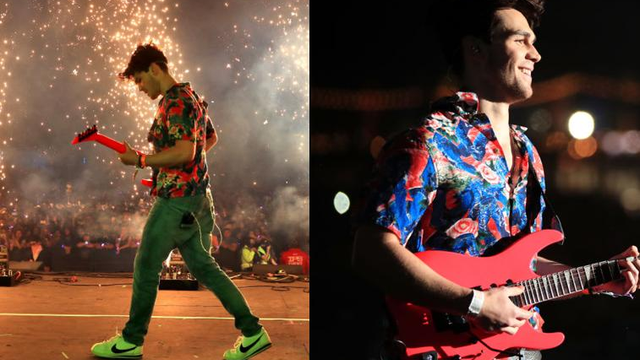 The actor played guitar during the Kygo set Coachella and it looked absolutely epic.

Last week, Riverdale's KJ Apa teased a Coachella appearance with Kygo on his social media. On Friday evening, the actor joined Kygo on stage in what looked like a truly epic performance.

The second weekend of Coachella was not streamed online, but there is plenty of photographic evidence of the iconic moment.

KJ lent his musical talents to Kygo during the performance of "It Ain't Me", the DJ's collaboration with Selena Gomez. KJ has been playing the guitar since he was a youngster and frequently posts Instagram videos and pictures of himself jamming out with friends.

KJ shared this photo on to his Instagram with a one-word caption: crazy.

KJ looked at home on the big stage and fans even captured video of the performance.

Kygo's Coachella 2018 was definitely one of the most talked about sets at the music festival (besides, Beyonce's, of course). The DJ brought out KJ Apa and Ariana Grande. He also paid tribute to Avicii following the 28-year-old fellow DJ's tragic death.