From the Betty and Veronica kiss to the Archie and Joaquin kiss, 'Riverdale' isn't listening to its fans...

It's easy to see why Riverdale is one of the most popular teen dramas in recent history. From its talented cast to its wild plot lines, it's one of the most addictive shows on television right now. It may have changed a little bit since it debuted in 2017 (a moment of silence for Archie the musician) but it's always entertaining and we can never get enough of it.

That being said, Riverdale isn't perfect. The series is guilty of over-sexualising its teen characters (Archie, Betty) and it could do with giving its women of colour more screen time. Josie (Ashleigh Murray) and Toni (Vanessa Morgan) both deserve so much more. To add to the list, the show has a history of queerbaiting its audience and it happened again in last night's episode (Nov 14).

Watch the controversial 'The Great Escape' trailer above.

When the teaser for The Great Escape dropped last week, Riverdale fans were immediately excited (and hesitant) to see that, in and among all of the Gryphons and Gargoyles drama, Archie and Joaquin kissed. It was established back in season one that Joaquin is gay (he was in a relationship with Kevin) but Archie has always seemingly presented as straight. Was he queer all along?

It turns out that Archie still appears to be heterosexual. In the episode last night, he had sex with his girlfriend Veronica (she broke into prison to get it on with him) and then the kiss happened but it wasn't really a kiss (it wasn't consensual). Warden Norton had authorised Joaquin to stab Archie (as a way to ascend levels in the game of Gryphons and Gargoyles) and the kiss was a distraction.

Joaquin sprung on Archie, Archie then pulled away confused by it and Joaquin stabbed him. Meanwhile, Jughead referred to the kiss as a Judas kiss in his narration. In other words, the kiss between them was an elaborate metaphor for betrayal instead of a meaningful LGBTQ+ moment and, by using it for shock value in the episode trailer, Riverdale queerbaited its audience.

What is queerbaiting though?

Queerbaiting itself is defined as “a media work’s attempt to lure an LGBT fanbase with either false hints of representation or stereotyped, non-essential LGBT characters.” Considering that Archie isn't a queer character, the kiss in The Great Escape trailer falsely lured fans into thinking that the show might be expanding its queer representation to include him and yet it didn't.

Even though LGBTQ+ representation on screen is improving year on year, there's still a long way to go before queer people are seen on TV and film in all of our diverse forms. With that in mind, it is important that when shows and cinema do touch on queer narratives, they treat them with care and respect. Using them just to entice fans and not developing them is not okay.

What's worse is that this isn't the first time that Riverdale has done this. All the way back in season one, viewers complained that the show used a scene of Betty and Veronica kissing in a trailer. And instead of it being a queer moment, it turned out that it was used as a "way to get Cheryl's attention". To see Riverdale do the same thing again is beyond disappointing.

Just a few of the fan reactions before and after the kiss.

STOP QUEERBAITING AND GIVE THE LGBT CHARACTERS ON YOUR SHOW ACTUAL STORYLINES PERHAPS #Riverdale #ChoniDeservesBetter pic.twitter.com/YfA9dGzHHm

So let's have a run down on the queerbaiting in this weeks episode of #Riverdale⁠. Not only is Archie pretty disgusted by the kiss, it's also only a front for Joaquin to stab him. So -Beronica 2.0! This is probably one of the most disgusting uses of queerbait I've ever seen

remember when beronica kissed in season one? and that kiss was in the promo for the episode so everyone was like “ohhh lesbians let’s watch this” and we saw the actual kiss and everyone was so disappointed because it was just queer bait
it’s gonna be the same thing with joarchie

Not only that but Riverdale has many queer characters that it could be centring in meaningful narratives. Kevin and Moose are right there if the show wants to feature a kiss between two men in a trailer. Meanwhile, Cheryl and Toni are one of the series' most loved couples and yet, this season, they've barely had any attention so far.

In fact, Cheryl and Toni's first kiss this season was last night, and even that wasn't backed by any scenes that centred them and their relationship. By contrast, the show's main straight ships (Betty and Jughead, Veronica and Archie), have both had lots of screen time laid out to develop their storylines.

As far as teen dramas go, Riverdale is progressive. It features diverse queer characters that fans connect with. However, it would be great if the show could listen to its viewers and focus on developing its LGBTQ+ protagonists instead of using straight characters to queerbait its audience.

Cheryl, Toni, Kevin, Moose, Joaquin and the rest of the show's queer characters are all great. Give them major storylines and give their ships the time that they deserve.

QUIZ: Only a Drag Race expert can ace this Snatch Game quiz 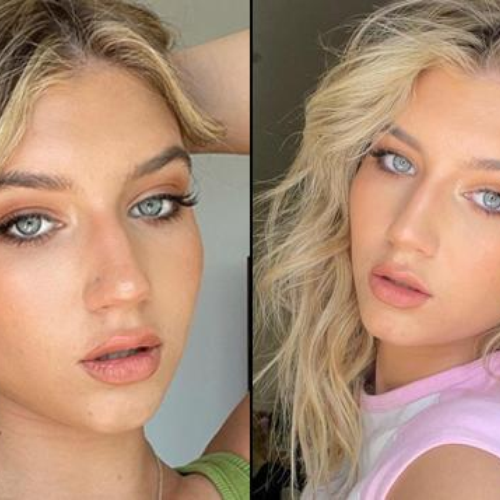 Mads Lewis: 14 facts about the TikTok star you should know

After We Fell: Everything we know about the third After movie