A comprehensive rundown of the wackiest lines in 'Riverdale'...

It's no secret that Riverdale is the wildest show on TV right now. Ever since The CW teen drama first aired back in 2017, fans have been shocked and transfixed by its relentless twists and turns. Every single episode, Riverdale gives us something new and unexpected. From floating babies to The Black Hood and jingle jangle to The Gargoyle King, there is no place quite like Riverdale.

However, it's not just the series' plot that we are obsessed with. Riverdale would be nothing without its unique script and the way that its cast deliver their lines. Time and time agin, Archie, Betty, Cheryl, Jughead, Veronica and the rest of the Riverdale gang all bless us with some of the most bizarre and legendary lines we've ever heard in the history of television. The show is a work of art.

Check out the most iconic 'Riverdale' quotes below.

With that in mind, it's no surprise that fans regularly gather together some of the funniest ones online. And there's no Twitter account quite as iconic as No Context Riverdale (@nocontextrvd), which regularly preserves the funniest moments from the series for eternity online. Taking that into consideration, here are 33 of the wildest quotes Riverdale has ever come up with.

2. Petition to turn all nunneries into brothels.

Hiram is not half the business man he thinks he is.

If you know, you know.

4. Archie has been through it all.

I think we've ALL survived a bear attack.

5. In this scene Riverdale imploded on itself.

We're still trying to understand the logic of this one.

Don't you just hate when your boyfriend spends more time with your Dad than you?

7. Diamonds are a girl's best friend.

Breakfast at Spiffany's was such a good film.

8. The true essence of Riverdale lies in this quote.

9. Alice Cooper really snapped on this one.

Hal is a flop.

10. Jellybean Jones is a savage.

11. Who else could come up with quips like this?

Write this on my gravestone.

13. Give Cheryl all of the awards.

Nothing but respect for MY serpent queen.

14. This was actually really emotional.

17. A moment of appreciation for Juniper and Dagwood.

18. Toni Topaz spilling all the tea.

Jingle-Jangle labs are more widespread than you think.

This applies to all of the Hot Dads of Riverdale.

This wisdom is how Veronica successfully manages her own Speakeasy at the tender age of 16.

24. Not weird persay but showstopping.

She is the mother I never had.

26. Everyone owns a bow and arrow.

You know how it is.

28. Not a quote but this sequence was quite something.

Have you never done a strip tease to 'Mad World' in front of a biker gang and your mum?

29. Also not a quote but you're welcome.

A guide to putting an end to sticky maples.

32. For the outfit and the delivery.

33. This was truly bonkers.

It was a dream sequence to be fair.

34. At least Riverdale is self-aware.

I don't fit in. And I don't want to fit in. Have you ever seen me without this stupid hat on? That's weird.

Riverdale season 5 renewed at The CW

QUIZ: Everyone is a mix of two Riverdale characters – which two are you? 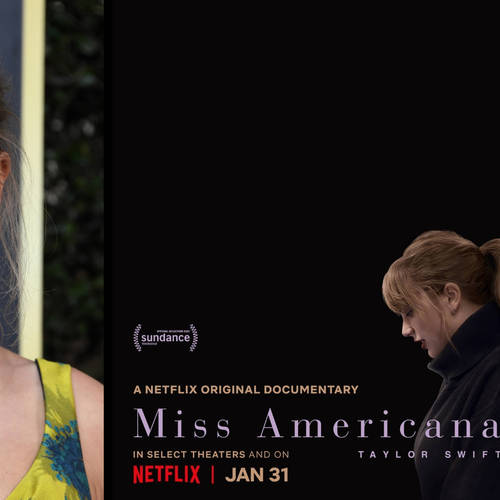 Taylor Swift’s Miss Americana: release date, trailer and everything we know about the Netflix documentary