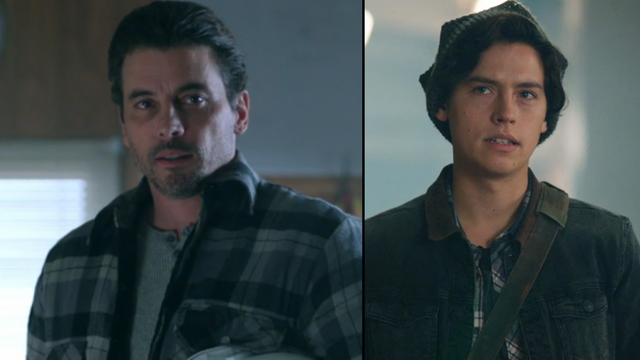 Skeet wants it, we want it. GIVE THE PEOPLE WHAT THEY WANT.

If you're a fan of the CW's Riverdale, you'll know there is one mystery that is JUST as haunting as the Black Hood or Jason Blossom's killer. It's the mystery of Jughead's mother and sister.

While viewers are very acquainted with the misadventures of Forsythe Pendleton Jones II, little is known about Jughead's mother. It's obviously something that should be addressed on the show, but Skeet Ulrich already has ideas about who they should pick for the role.

In an interview with TV Line, Skeet revealed that his Scream co-star, Neve Campbell, would be his personal choice for Juggy's mom.

“I mean, God, I think Neve [Campbell] would be really interesting," he said. “She’s very talented, and I think the reference to Scream would really tickle people."

Skeet and Neve acted opposite one another in the 1996 cult classic, Scream. Skeet and Neve also both appeared in The Craft. Either Skeet has been scrolling through Tumblr and Twitter, or he just read all of our minds because Neve would 100% be our choice as well.

For now, it doesn't look like Riverdale writers are too focused on putting a face to a name for Juggy's mom, but it is definitely something worth exploring in future seasons.

Skeet acknowledged that Neve Campbell is actually quite busy these days. You may even recognise her as Leann on Netflix's House of Cards.

We're not sure if the CW would pull the necessary levers to make this happen, but Skeet is right, it would DEFINITELY "tickle people". Imagine being Jughead and having 90s royalty as parents. Not so weird now, eh?