When Is The Next Episode Of RuPaul's Drag Race Season 10 On Netflix?

When, where and how to watch All Stars 3 on VH1 & Netflix.

Good news kitty kats! RuPaul's Drag Race is back for season 10. Get ready for wigs to be snatched, dramatic lip syncs, and, who knows, maybe some trains?

14 queens entered the race and now only four remain: Eureka, Asia O'Hara, Kameron Michaels and Aquaria. Here's all the info you need for the final episode.

Find all the best memes from season 10 over here.

When is the next episode of RuPaul's Drag Race?

The final episode will air on tonight (June 28th). It will then air on Netflix on Friday June 29th.

Is RuPaul's Drag Race season 10 be on Netflix? Where can I watch online?

Netflix has confirmed that Drag Race will air on it's network every Friday. Last year the show typically was available from 8am GMT.

“Tens across the board!” @RuPaul’s #DragRace is returning to @NetflixUK, with brand new episodes of Season 10 starting this Friday! pic.twitter.com/HXUFLrRvhh

How many episodes will there be?

When will Untucked be on?

Untucked will follow the main show straight afterwards on VH1.

When was the RuPaul's Drag Race season 10 premiere?

Drag Race Season 10 will return Thursday 22nd March at 8/7c on VH1. At the moment, it has not been confirmed what channel the show will be aired on in the UK. All Stars 3 was on Comedy Central but fans of the show will be hoping there will be a return to Netflix, as they did with season 9.

The first pictures from the set of season 10 were posted online below the show aired, including the entrances of three new queens, as well as a shot of the judges with the first celebrity guest Christina Aguilera and a group photo of queens from previous seasons.

“While preparing for season 10, I realized that one of our contestants was 11 years-old when we first launched Drag Race,” mother Ru said in a statement about the new season. “The fact that we’re still here and still going strong is because of our talented queens. They are the heart and soul of the series. And as they continue to evolve and push the boundaries of drag, so does Drag Race.” Yaassss queen! Here's the images that they've shared so far: 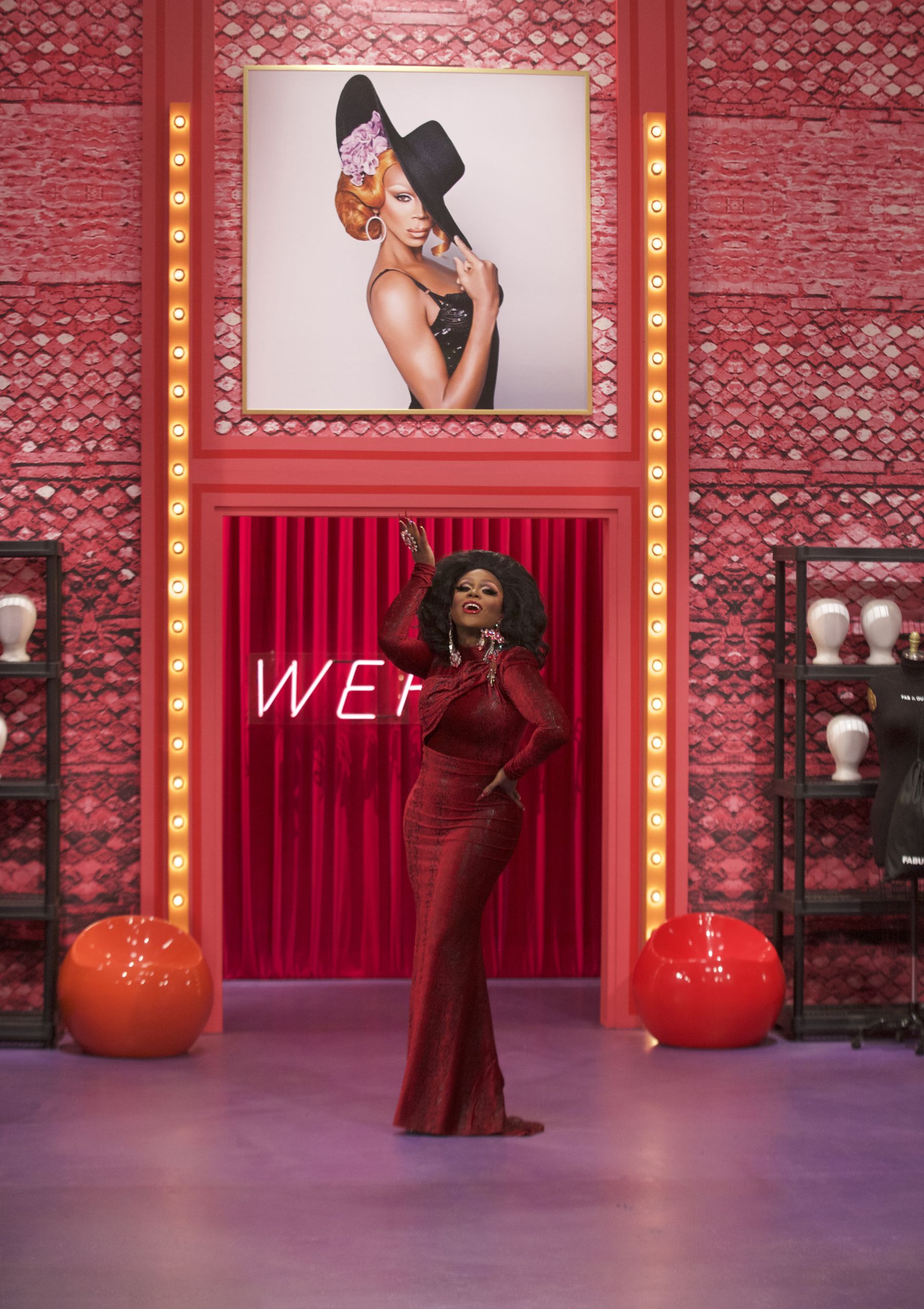 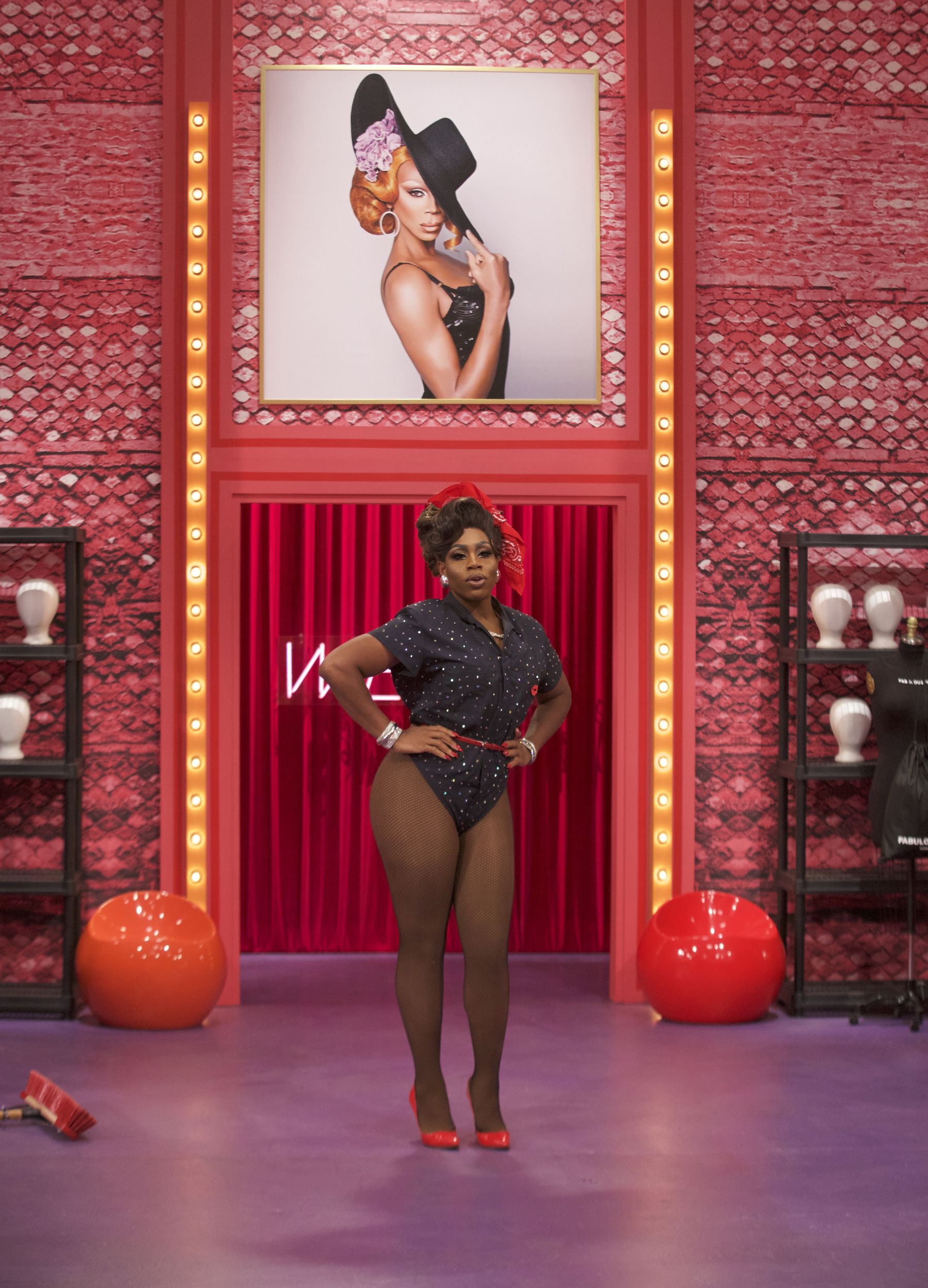 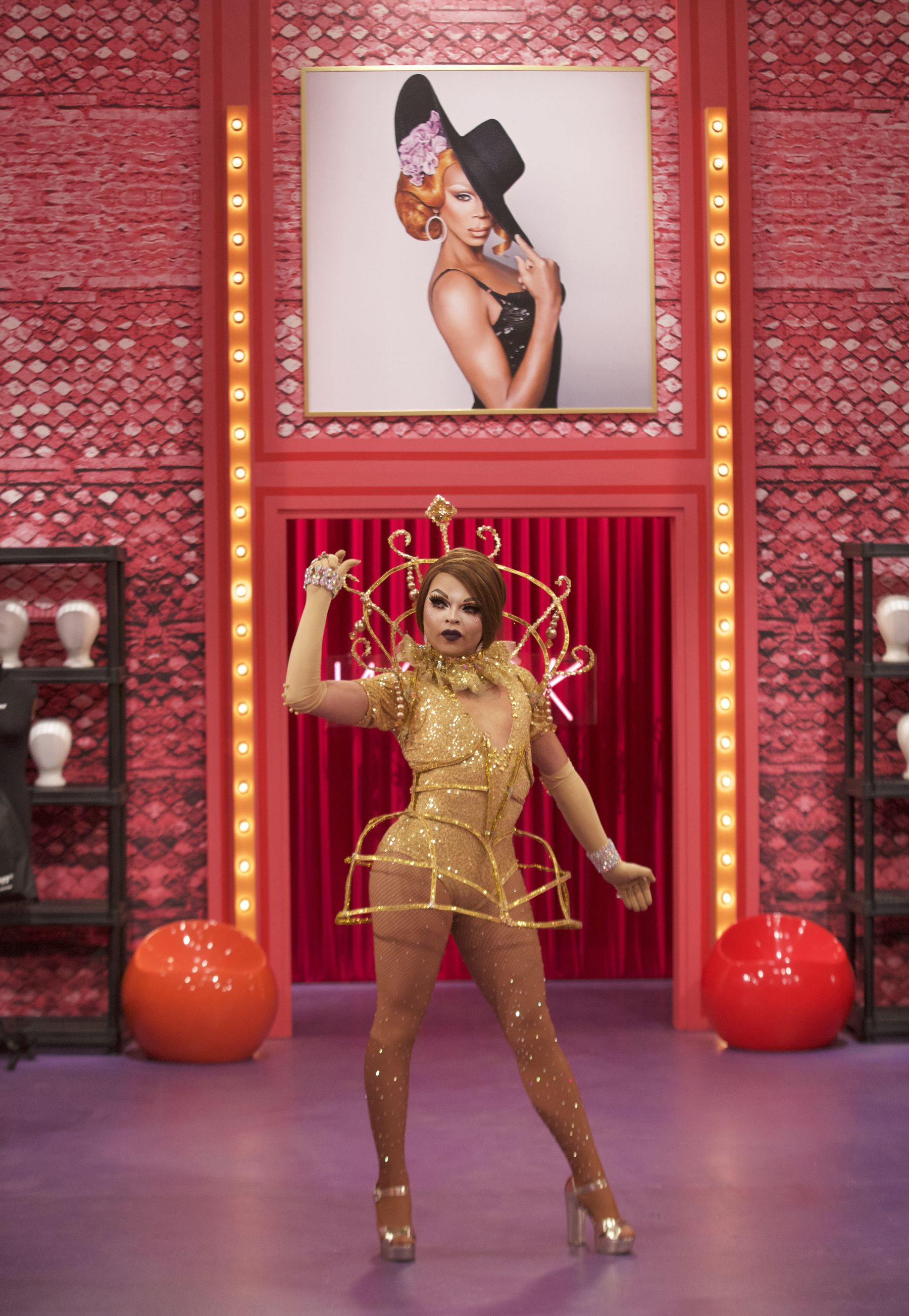 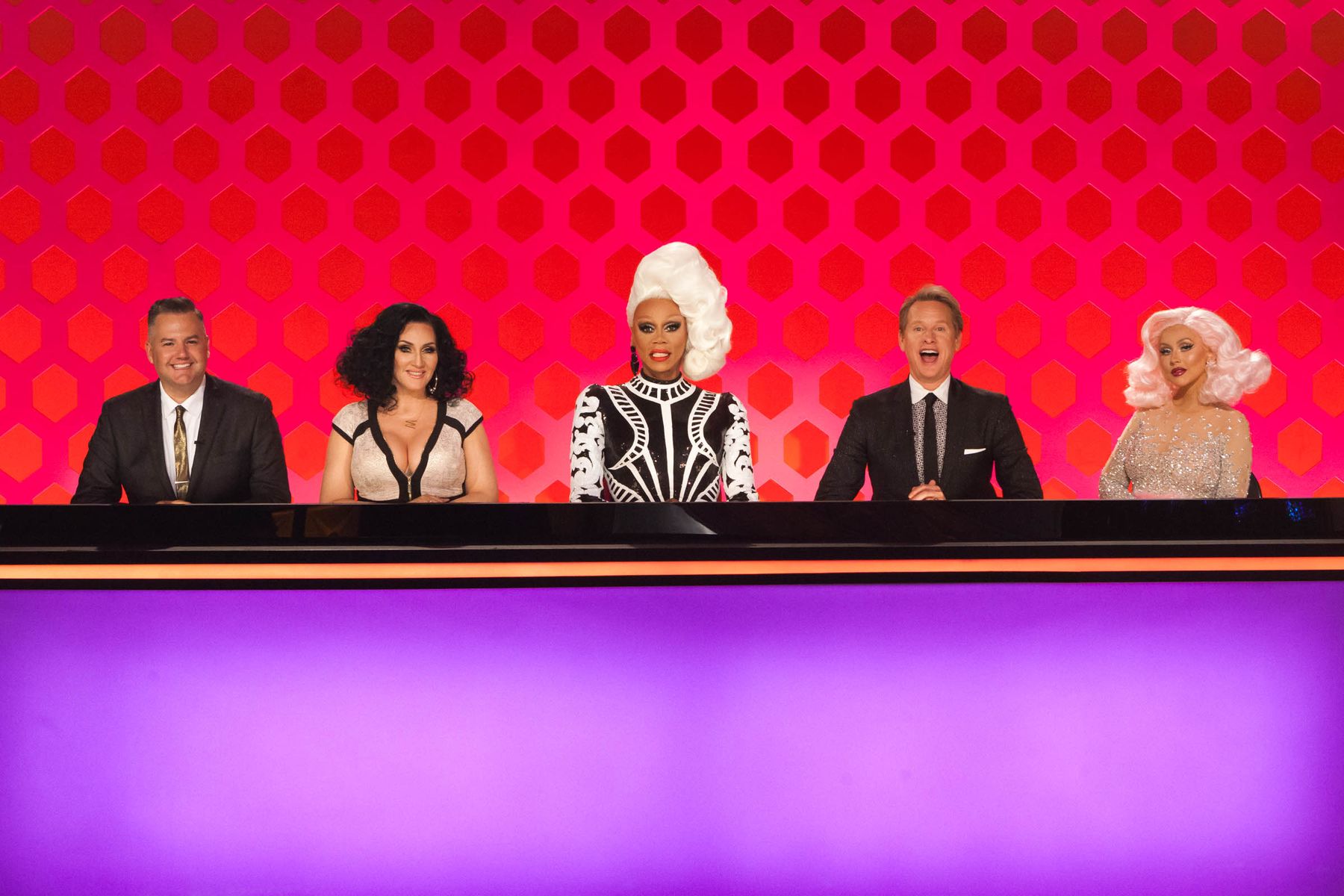 RuPaul also invited back some of the show's most iconic queens for a special feature during the first episode. All will be Ruvealed soon... 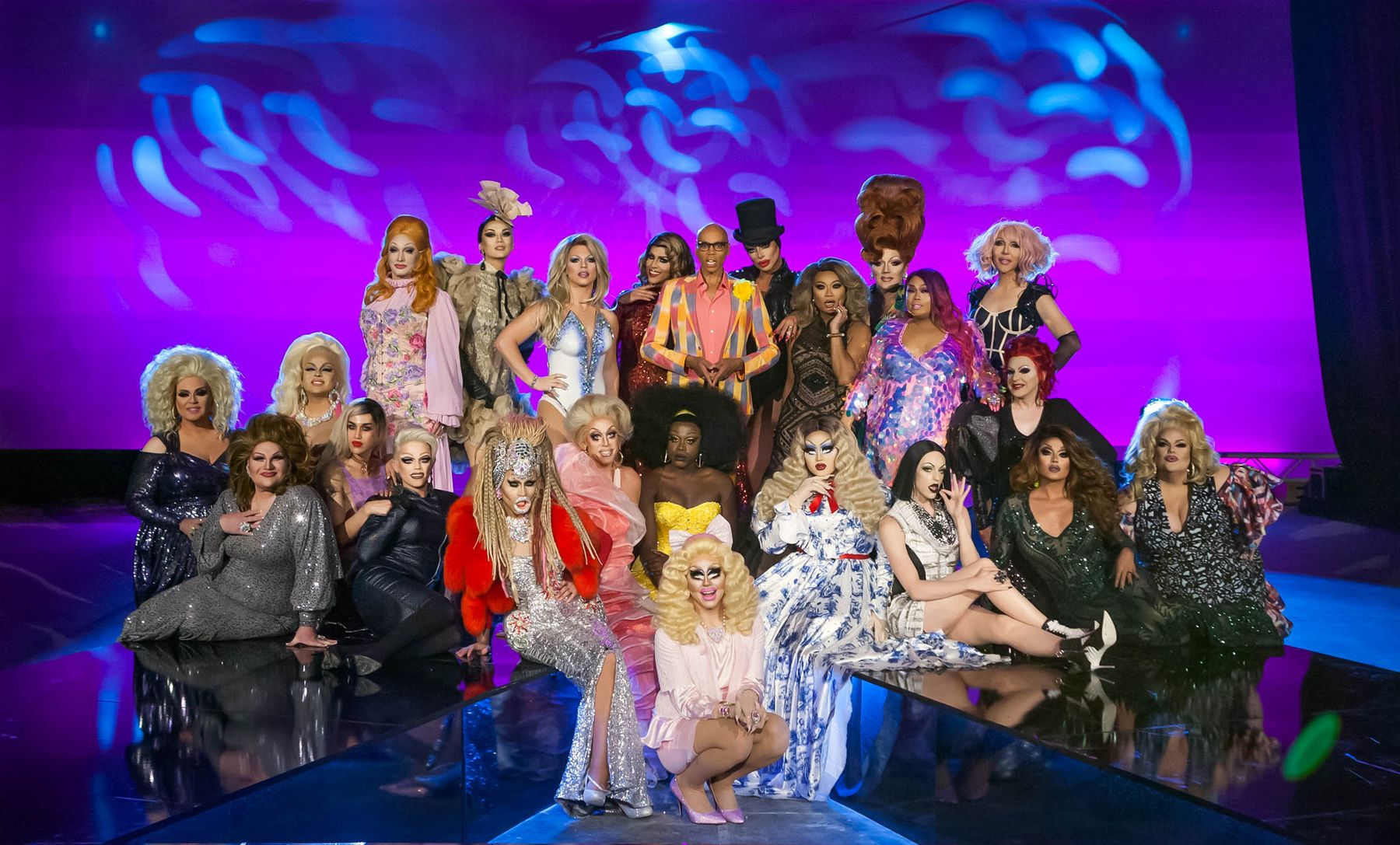 Oh, and the work room has had a makeover too.

Who are the queens on season 10? Here's the bios for all the cast.

Texas is back in the house. A formidable competitor on the pageant circuit, Asia won Miss Gay America the first time she entered. Multi-talented, Asia has a costuming business on the side, designing for color guard teams and ice skaters.

Aquaria already has a big reputation preceding her into the competition. At just 21, Aquaria has been photographed by Steven Klein for the pages of Vogue Italia. Confident and at the center of New York’s Drag Scene, Aquaria has the support of some of nightlife’s biggest legends. Blair St. Clair (Indianapolis, IN)

A small-town girl with big city dreams, Blair St. Clair is a Broadway baby at heart. Combining her love of musicals with her passion for drag, Blair plans to sing, dance and act her way across the finish line of the competition.

Self-described as “dark, glamorous and trashy,” this punky queen defies categorization. Look for the queen with the signature dotty-faced makeup. A Kentucky native who moved to the big apple to pursue acting, Dusty channeled his desire to perform into drag. Eureka O’Hara (Johnson City, TN)

She’s back! Season 9’s Southern belle departed way too soon after injuring her knee. But Eureka is back following knee surgery, and hungrier than ever to prove herself the second time around.

Kalorie’s infectious giggle might be the first thing to enter a room, but it’s her gravity-defying ass that has all eyes on it as she leaves. This twerk queen proudly flaunts her curvaceous body in daring sexy dance performances.

You’re equally as likely to find this tattooed muscle queen down at the gym pumping iron, as you are to find performing at her local drag bar in Nashville. Deliberately intending to capture strength and beauty, Kameron Michaels is the body builder Barbie doll.

Mayhem enters the competition with big expectations, as the sister of Drag Race alumni like Raven, Morgan McMichaels, Delta and Detox. Mayhem dazzles her Los Angeles’ audiences with polish and sass.

Proud to call Bob The Drag Queen her drag mother, Miz Cracker began doing drag as a member of Bob’s Marches for Equality in Times Square. Pretty and witty, Miz Cracker captures you with her beauty, and then surprises you with the belly laughs.

Monet blurs the lines of comedy, performance and New York City grit. A degree in Opera Performance means she’s the singer of the season, while her bright colorful street style ensures all the judges eyes will be on her.

A creative well-rounded queen who knows how to do hair, makeup, dance… and make an entrance. A devoted Christian, Monique enters the competition hungrier than most to win, and with a promise to live up to her moniker as the “Heart of Season 10.”

Hailing from Chicago’s South Side, The Vixen combines elements of political art and protest into her performances. This vocal, woke queen brings both activism and fire to the stage – and is not about to take on her competition lying down.

Get these cookies, baby! Drag Race Season 3 and All Stars Season 1 star Alexis Mateo’s drag daughter brings electricity to the stage, with her high-energy dance performances and winning personality. Will Vanessa finish the job that Alexis Mateo started?

Originally hailing from China, Yuhua moved to Manhattan’s Chinatown when she was seven. Now a sickening seamstress by day and a hard-working queen by night, Yuhua regularly sews gowns for New York royalty like Peppermint and Bob the Drag Queen.