INTERVIEW: Shangela Talks RuPaul's Drag Race All Stars 3 And Hooking Up With Willam... Sort Of.

Since season 2 of RuPaul's Drag Race, Shangela's Charisma, Uniqueness, Nerve and Talent has shone through even the most questionable of outfits. Fast forward six years, several makeup lessons and a much-needed wardrobe upgrade, the southern belle with a heart of gold (and a wit as sharp as Magnolia Crawford's nose contour) is back. And this time, she's coming for the crown.

Ahead of the premiere on January 25th, we caught up with Shangela to talk all things All Stars 3, making movies with Lady Gaga, and why she's a business woman first and a drag queen second.

PopBuzz: So how did it feel to get the call for All Stars 3?

Shangela: I seem to get a lot of calls! I originally popped out on season two, season three I popped out of a box, and I popped out of a box again on season 4! I popped out of Jujubee's body on All Stars 2, and now here I am to pop out again, again! And this time I'm just really excited to be going for the crown. This is just another huge moment in my drag race legacy and career and what I really hope to do is to go in this room and show the growth and the the glow up [laughs], because it really has been that. I started almost six years ago and I've been able to grow and expand not only my drag but me as a person. And it's exciting to be back in the room and say, "Okay, I came in as a baby, I did my best... now I'm going to turn the party."

PB: RuPaul has effectively cosigned you three times now. How does that feel?

S: I wish she would cosign me on a loan! [laughs]

PB: Who out of the other All Stars 3 girls were you most excited to work with?

We don't ever know who's gonna be there until you walk into the room, but seeing the cast list and knowing the experience with the girls, there were a couple that I was really excited to work with. Kennedy for sure, because I know her from Texas and she's a great entertainer. I started watching her when I was 18! I've always been entertained by a lot of the girls, but it's exciting to now be in the room with them. Morgan I know from LA, she's fun and fantastic. And I'm excited to get to know some of the girls better, like Chi Chi. That'll be fun.

PB: Was there a moment when a queen arrived in the workroom and you thought, "she's the one to beat"?

S: Yes, when I looked at the mirror boo! Let's not forget that I am Shangela Laquifa Wadley. I've worked in so many different areas since my season, and now I'm the old one of the group. I'm the Meemaw! It's Morgan and me, we're the old ones. But a lot of people still look at me as the baby because I came into the gig as the baby, and sometimes it's hard for people to see you not as the baby if that's how they started seeing you. No matter how old your little sister gets, she's always gonna be your little sister. But don't sleep on lil' sister because she will come through and snatch this crown.

The Gift that keeps on Giving 🎁!!! Only 7 Days Away.... #AllStars3 #Shangela #Halleloo #Jan25Premiere @vh1 Dress by: @estradatwins

PB: Was there anyone in AS3 that you thought would deliver one thing, but delivered something completely different?

S: You'll have to stay tuned and find out. There will be lots of surprises, but I can't tell you anything now.

PB: Will we see any of the strategic Shangela that came out during the season three stand-up comedy challenge?

S: Listen, I am like Daenerys Stormborn. I am coming to rule the Seven Kingdom. Looking at All Stars 2, it was really based on alliances. And if it's structured the same way this time, who knows? Or they could throw another curveball. So you always gotta go in it with strategy. I go into everything with strategy. I'm a business woman first [laughs]. There shall be strategy. But another thing about me is that Shangela is always gonna keep it real. And that involves every facet of keeping it real.

PB: So you're not too too worried about maintaining a friendly image for social media? Many of the more recent queens have seemed quite concerned by that.

S: I'm not concerned because I know I'm not a bitch. Anyone who's ever met me knows that I don't have a mean-spirited bone in my body. I don't wanna go after people. However. Situations can get tense, and I have never been one to shy away from a tense situation. I keep it real!

PB: A lot of fans were hoping to see Laganja Estranja on AS3. Were you sad to not see her in the Werk Room?

S: Yes! I would have loved to have seen her there. But who knows, hopefully there will be plenty more All Stars seasons, and maybe she'll pop up. I mean I love her, I love Gia, Valentina, Shay, Peppermint... and I was just looking [around the Werk Room] like "okay... oh okay. Is that it? Okay! Let's do it!"

S: And you never know, I might come back for them too! [laughs]

PB: Alyssa Edwards [who competed in AS2] is your drag mother, of course. Did she have any words of advice for you going into AS3?

S: She just said to me, "Mama... you get prepared. Just like going into battle," so I did. And then the other thing is, she told me, "Girl don't go over there and be fucking weak sauce girl." I said "What?" She said, "Shangie, you go in there and be Shangie. Don't think about fans and trying to be nice... Please give me something I'll be excited to watch! Don't go over there and be fucking hokey pokey smiling at the girls all day long. Give me something I'm gonna want to watch."

PB: So there's been talk of every Drag Race winner competing in a "Queen of Queens" season. Who do you think would win?

S: Well hopefully I will qualify soon! You know, you never know. People continue to grow and do things outside of their comfort zone. Like Sharon Needles, she's switched up her drag so much. There's queens like Bob and Bianca who are really funny - pitting them against each other would be interesting to see. It's interesting, you don't know. But it would definitely be something to watch.

PB: So what's next for you after All Stars 3?

S: My goal has always been to work as an actor in scripted television, so it's continuing to work on that. I've had Hurricane Bianca 2, and I have a role in the new Lady Gaga film "A Star Is Born."

S: Thank you! I'm super excited, it comes out in May. It's with Bradley Cooper, Lady Gaga, and I work in a drag bar and I'm kind of Gaga's drag mother in the film.

S: [long sigh] Now you know I've worked with some of the greats. Sarah Jessica Parker, Jennifer Lewis... but Lady Gaga. When I tell you it was like, "pinch me because this can't be happening right now." They put me and her in a dressing room together...

S: And she would say [purring] "Shanj... Shanj.... I'm so happy you're here, thank you so much." Originally I was only booked for one day for a small role. So I went up and did me, and he comes and goes "Shanj, that was perfect, do it again." And at the end of the day he says, "I know you're not booked for tomorrow but we need you, can you come?"

I said, "I have a job in Dallas, I gotta be there." So he sent Lady Gaga to me. She comes, she says [purring] "Shanj... Shanj... I understand from Brad that you can't be with us tomorrow, but I have so much fun with you and I would really feel a lot more comfortable with you if you were here. We will delete everyone else from the scene tomorrow except for you and William and me and Brad. I won't ask you to cancel your event. But if there's any way-" Bitch don't you know I got on the phone to Dallas, I said I'll call Kennedy, she'll come twirl for you, she'll do everything" [laughs].

PB: Well you can't say no to Gaga!

S: Honey who can?! And it was so great because we did this fantastic scene with just me and her and William and Brad. So I can't wait! I'm gonna be on the big screen with Lady Gaga. Please Lord don't let it somehow find its way out of the film. Because you never know what will end up on the cutting room floor.

PB: Well if nothing else at least you got a selfie?

S: That was a surprise to me! That was a late add, my agent was never involved in that script approval [laughs]. But we won't be exploring the romantic side of Bailey and Steven... oh honey, there's no way they're going to get that unless they CGI me in [laughs].

[This interview has been edited for brevity]

QUIZ: We know if you're British or American based on your Drag Race preferences 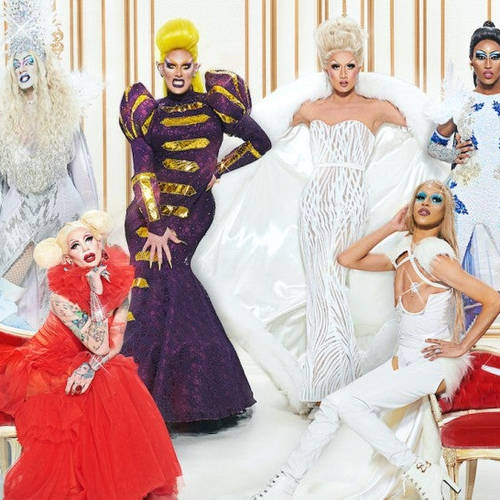 RuPaul's Drag Race Canada: Meet the queens and find out how to watch 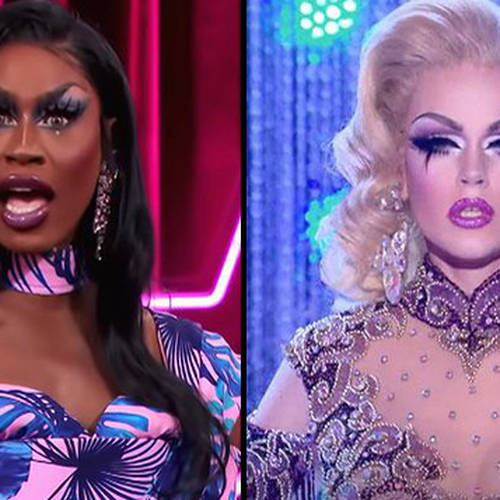 QUIZ: Which RuPaul's Drag Race All Stars 5 queen are you?

QUIZ: Answer these questions and we'll reveal what Netflix show you should be in

QUIZ: Which Scooby-Doo: The Movie character are you?

QUIZ: Only a Pixar movie expert can score 12/15 on this trivia quiz