The cheek, the nerve, the gall, the audacity and the gumption!

As Drag Race UK season 2 starts to sashay its little legs away for another year, it's time we started to look back on the moments that made this season one of the absolute best in Drag Race herstory.

One of those reasons is Welsh queen, United Kingdoll, lip-sync assassin, beans on toast lover and season 2 finalist, Tayce.

In season 2, there's been quite a few contenders for the title of Confessional Queen. Both A'Whora and Tia Kofi's phenomenal confessional shade was truly RuPeter badge-worthy... but that's a story for another day. Today, it's time to appreciate the excellence of Confessional Tayce and all the new catchphrases we've now been blessed with.

So, without further ado, here are Tayce’s most memorable, most iconic and most hilarious confessional moments in Drag Race UK season 2.

BRB, setting this as my alarm tone.

And the theme for the next Met Gala is: Scourers.

Would love to give some much needed context for this but it's honestly so much funnier without.

"YOU GET IN THE THAMES!"

BRING BACK! MY! PIT CREW!

The GAG of the season!

This is what Bimini meant by "positive mental attitude".

Can you even believe the words "donkey's minge" were uttered on the BBC?

And finally, a defining moment of Drag Race UK season 2 that will live on in meme history forever. 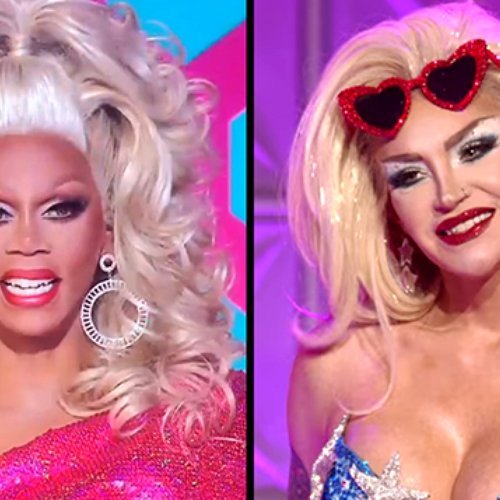 QUIZ: Which RuPaul's Drag Race winner are you?