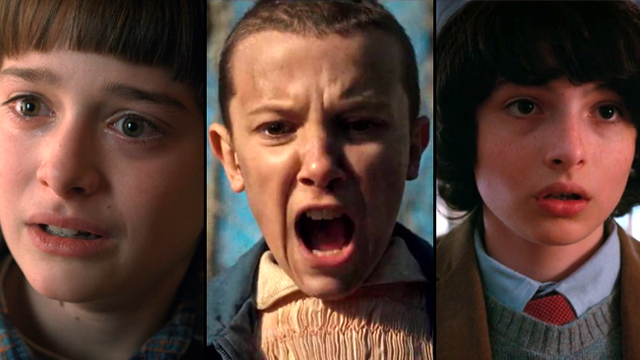 Just when you thought you knew everything there was to know about Stranger Things, the Duffer Brothers are out here spilling new information that is making us question EVERYTHING.

Before Netflix even picked up the show, Matt and Ross Duffer were under the impression that the show they had written would only end up as a limited series with 8 episodes. So when they initially wrote the first - and only - season, they had actually planned to kill off one of the kids.

Speaking at Chapman University on Friday, the Duffers explained to the audience how things had panned out in their original script - and you're not gonna like what their original plan was.

“Maybe I shouldn’t say this because I like to pretend that it was all planned out, but it was originally pitched as a limited series. So it was like, Eleven was gonna sacrifice herself and save the world and then that was gonna be it.”

Once they found out Netflix were looking to turn their limited series in a full blown show, they then had to reconfigure the ending so that the story could continue for future seasons to come.

“When we started pitching it, it was like ‘We don’t make money off of limited series.' I remember when we went into Netflix and we pitched this they were like ‘Well, we like this but how could it keep going?’ And you’re just sort of riffing in the moment and we were like ‘Well, Will’s back from this other dimension and he’s not doing very well.’ And [Netflix] was like, ‘Great!'”

As we all now know, the ending of season one still saw Eleven sacrifice herself to the Demogorgon and for a hot second, we honestly did think that she was a goner. When season two dropped, we found out she had managed to survive and escaped the upside through a pocket in Hawkins High School. She then spent weeks surviving in the woods before Hopper found her and brought her home.

Thank god for the Netflix and Chief Hopper tbh.