“Stranger Things” Season Three Will Have Another HUGE Time Jump 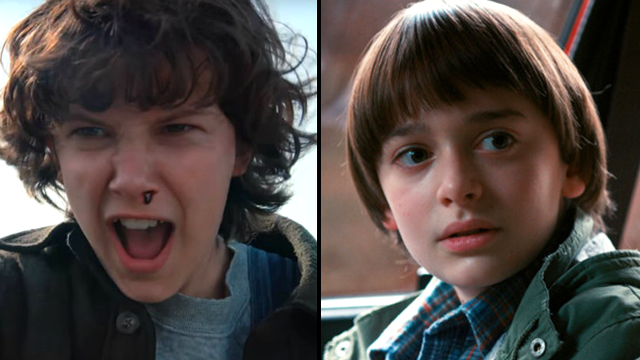 How many years are we jumping forward this time, boys?

When Stranger Things 3 eventually drops, you should probably prepare yourselves for another time jump. It won't be directly because of the storyline, it'll be because the young actors in the show will now be way too old to portray 13 year-olds.

Yep, we'll be diving head first into another completely different year when we return to Hawkins! The Duffer brothers didn't actually want to throw a year-long time jump in for season two but the distinct changes in the voices and appearances of the kids had changed so rapidly, it wasn't a realistic option for them to head straight back to Hawkins a few months later.

So how long will the time jump have to be between 2 and 3 to look believable? It looks like it's going to be another year or so before Stranger Things 3 drops on Netflix, which means the kids in the show will all be pushing 15 and 16 by the time they start filming. (Caleb McLaughlin has just turned 16 so he'll be on his way to 18 by the time it drops.)

Realistically, the kids will have to somewhat mirror the ages of the actors portraying them so a jump of another year or two might be on the cards.

Speaking to Yahoo, Ross Duffer explained how they'll have to juggle the time jump and the ages of the actors in the last two (so far) seasons.

“It will have to be somewhat of a time gap, because the kids are, I mean, they already look so much older. No matter what we want to do, I remember when we were originally talking about Season 2, we wanted to just start it in Christmas and just go from there, but then we realized the kids are just too old, so we had to jump forward. Even the latest trailer, we had to loop a line with Caleb [McLaughlin]. He sounds like a man now. It creeps me out. He’s going to be driving to set next year.”

While we're definitely not going to be thrown head-first six years later into the early '90s, there's a possibility that we could end up in '86 or '87. Or - if we're really pushing it - 1988, which happens to the year Winona Ryder blew up in Beetlejuice. We're already imagining El's Lydia Deetz goth phase, tbh.

Or, we can just stay in 1984 (well, the start of 1985 seeing as season two was set in October) and just brush off the sudden growth spurts in all the actors as puberty hitting the characters? Problem solved. It's handled. Time to end that shadow monster once and for all.