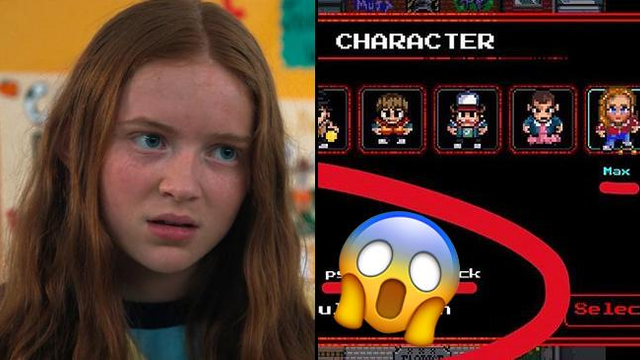 If you're a Stranger Things fan and you haven't downloaded and started playing the game yet, then you should probably get on that ASAP because fans have been spotting certain spoilers and easter eggs that hint at what's to come in season three and honestly, we're shook.

The game itself dropped before season two was released on Netflix but after playing it, it’s pretty clear that a lot of the storyline of the gameplay is the same as what happens in the show.

In the game, each character has their own special skill; Hopper has a supercharged bunch, Mike has a bike, Lucas has a slingshot, Dustin has puddings that are used to distract guards, Will can fit into small spaces, Eleven can shoot rays from her head and Nancy has a baseball bat (which is later upgraded to Steve’s nail bat.)

Once the show aired, the game received an update that alerted players that there was a new character to unlock: Max!

After watching the show, you’d probably guess that her special power would be skateboarding or something. Something relative normal, like everyone else in the party (except for Eleven, obviously.) But no.

Once unlocked, players are then able to see Max’s special power and… well… it’s not what you were expecting. 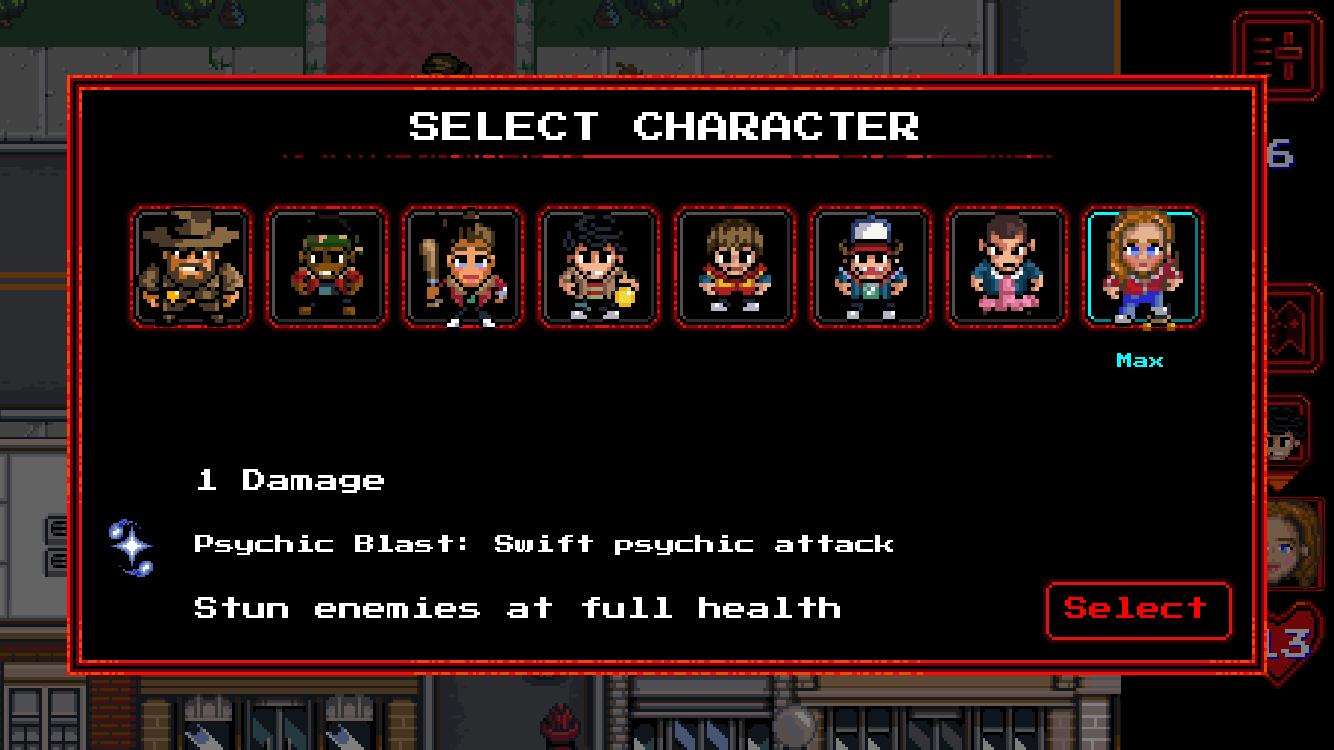 Max’s special power is called “Psychic Blast”, which seems irrelevant because her character is human and not at all like Eleven. Right? RIGHT?!

Max shows absolutely no signs of psychic abilities throughout the show so why have they made her psychic in the game? IS THIS A TEASER FOR SEASON THREE?! *sweats* Let’s investigate…

After clocking that very small yet ~EXTREMELY SIGNIFICANT~ piece of information, fans are now suggesting that Max could be another one of Eleven’s “lab sisters”, like Kali. Max is always seen wearing long sleeves in the show, even at the Snow Ball - does she have a number or some kind of mark on her wrist that she's trying to hide? It’s also a possibility that the family moved back to Hawkins because of Max’s history with the lab. Billy does blame Max for the move after all...

In @Stranger_Things Max is always wearing sleeved shirts and in the game she has a psychic attack that you can only use with your mind #10? pic.twitter.com/plFpEyXZs0

UHHHH WHY DOES MAX HAVE TELEKINESIS POWERS IN YHE STRANGER THINGS GAME WHAT FOES THIS MEAN!?!?! either it’s foreshadowing or they just didn’t know wtf kind of power to give her

in stranger things the game she also has psychic powers

So is Max having psychic abilities in the game supposed to be a hint for what to expect in season 3 #strangerthings pic.twitter.com/L1VP20hnuJ

We haven’t seen Max so much as hint that she’s psychic, not even unwittingly, but what if that’s the point? What if she doesn’t actually know that she’s got powers?

We know that Eleven’s mum, Terry, was part of the experiment and that her involvement with Hawkins lab caused her to give birth to a daughter with telekinetic abilities. What if Max’s mum was also part of that study? She may have managed to leave the trial before anything major happened, fell pregnant and gave birth to a baby with powers, just like Terry did with Eleven.

Unlike El, she was never forced to use them so she doesn’t know they exist. She probably doesn’t even have a number if that’s the case, which makes things even more insane. (How many damn kids could be out there living with powers they don’t know about?!)

That still doesn’t explain why the family moved back to Hawkins aka the most DANGEROUS place for anyone affiliated with this damn lab could possibly be though. Hopefully it’ll all get explained in season three… and we’ll get to see Max’s psychic abilities in full effect.