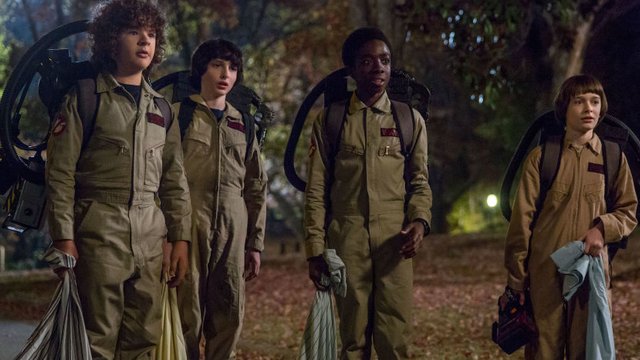 Did you notice this the first time around?

Stranger Things fans are notoriously eagled-eyed, especially when it comes to the characters clothing and surroundings. You probably noticed the Duffer Brothers' many references and easter eggs, but we bet you missed one interesting detail about Will Byers' Halloween costume.

Mike, Lucas, Dustin and Will decide to go as the Ghostbusters gang which, of course, requires them to rock matching costumes.

In episode 1 of ST2: MADMAX, Joyce can be seen sewing a Ghostbusters patch onto Will's costume.

The patch is kind of crudely sewn on, definitely giving it that DIY vibe.

Later, in episode 2, we finally see what the costume looks like on Will and...tbh, it looks great!

Upon closer inspection, though, we can see that Will's costume is noticeably different from his friends'. While his friends are rocking newer or "bespoke" looking jumpsuits purchased for the occasion, Will's looks a little weathered. His jumpsuit is a different shade of tan and even his sleeves are a bit longer than the others'. 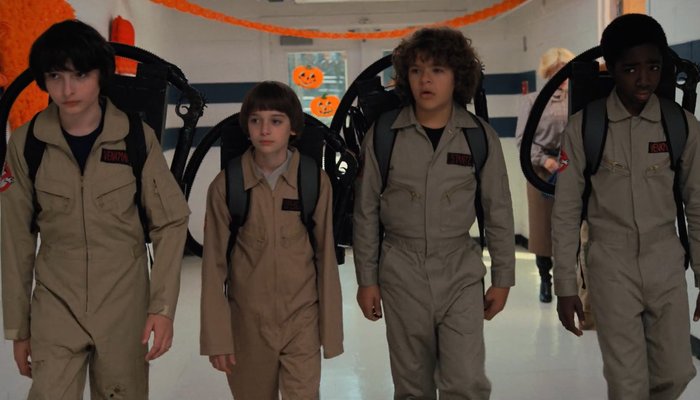 The show's costume designer, Kim Wilcox, explained to Yahoo TV that this was a bit of a socio-economic signifier.

"We thought about how these boys and their moms would have come up with these costumes. Some of the wealthier moms might have been able to go and buy a little suit to trick out, but Joyce doesn’t have the money to do that. Her family just kind of gets by with her one salary; most of their clothes come from the thrift store, or they rewear stuff they’ve had for years and years and years. We love the scene where she is hand-sewing the little Ghostbusters logo onto the costume that she’s made."

Money and class issues aren't huge themes on the show. We do know that being a single mom does inform a lot of Joyce's persona. It's a small thing that audiences might not have picked up on, but it adds a different layer of realism to the kids' lives. It's also SUCH a Joyce move to put together Will's costume from scratch so that he can match his friends.