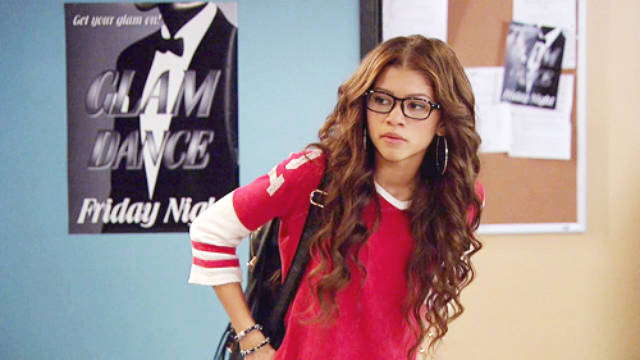 Zendaya got her big break on the Disney Channel playing Rocky Blue on Shake It Up. She starred alongside Bella Thorne, but Thorne was certainly more eager leave the network than Zendaya. Zendaya stayed on the channel to star and produce K.C. Undercover, a show about a black family of spies.

With all the mainstream success Zendaya has achieved, it may not be immediately obvious why she chose to stay on the network. A new interview with Glamour sheds some light on why staying on the Disney Channel was actually a very deliberate choice for the young star.

Speaking to Blackish actress, Yara Shahidi, Zendaya points out that working on K.C. Undercover gave her the power to make sure black families were represented on the network.

"I didn’t feel like there was any other choice. I was like, “If I’m going to do this, this is how it has to be.” There needs to be a black family on the Disney Channel. A lot of people who aren’t people of color can’t quite understand what it’s like to grow up and not see yourself in mainstream media."

For people who grew up watching the Disney Channel in the 2000s, That's So Raven and The Proud Family were the two main representations of black families on the network.

Zendaya could have gone on to pursue other roles on other networks, but the Disney Channel is one of the most influential entities in media. Deciding to stay on the network and influence how black people are written and represented is a hugely important choice that Zendaya made.