Last night Beyoncé and Ed Sheeran shared a stage at the Stevie Wonder tribute ceremony. The televised performance will air next week on CBS.

The unlikely pair collaborated on stage to sing some of Stevie Wonder’s best known classics. "Higher Ground", "Master Blaster (Jammin)" and "Fingertips Pt. 2" were among the songs performed at the ceremony.

The special will air on television next week. 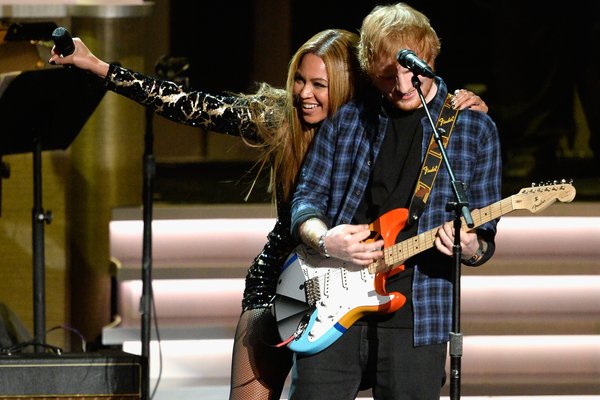