You don't have to be a genius to figure out that Rihanna is probably living her very best life. She's got about a hundred different projects lined up--including her highly anticipated R8 album.

Over the weekend, Dior tweeted the full version of Rihanna's super artsy Versailles campaign. You know, the one where she looks otherworldly as she runs around the historic castle. 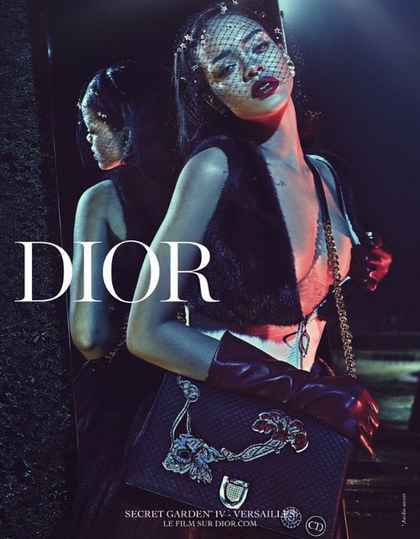 We covered the teaser trailer last week, which featured a sampled version of Florence + The Machine's "Only If For A Night". The song, which has apparently been redone for the ad is gritty and edgy, to go along with the vibe of the advert.

Am I the only one who thinks this needs to be a full length film?

Rihanna Is The American Dream: As Evidenced By Her New Music Video

Did Rihanna Steal Her New Single From Another Artist?