We like to think of ourselves as makeup aficionados. Which is to say that we like it and love wasting our money on it. A startling discovery uncovered by police may have you thinking twice about hunting around for your makeup dirt cheap off the internet.

Laboratory tests have shown counterfeit perfume often contains poisonous chemicals including cyanide and even human urine. While fake cosmetics such as eyeliner, mascara, lipgloss and foundation have been found to contain toxic levels of chemicals and harmful substances such as; arsenic, mercury and lead.

The police have uncovered counterfeit operations where fake or off-brand makeup was marketed and sold as the real thing. For instance, you may have thought you were getting the NAKED palate, but in reality, you were were just getting a container full of rat droppings.

Counterfeit make-up is often produced in un-sanitised and un-hygienic factories and there have been cases where rats’ droppings and poison have also been found in the phoney cosmetics.

There was also the case of the girl who showed youtube viewers how to make mascara out of Oreo crumbs. This is, for the record, a very dumb idea. You should never put anything containing sugar on or around your eyes.

Drug store
Drug store finds are your best bet. Everything that comes through the door of your local Superdrug or CVS has undergone major quality control. if it's a big name drug store you can pretty much trust what you find there. To keep extra safe, make sure you don't buy anything with a broken seal or that looks like it's been tampered with. There is no reason to buy counterfeit or crush up Oreos to make mascara. Things are often inexpensive at drug stores. 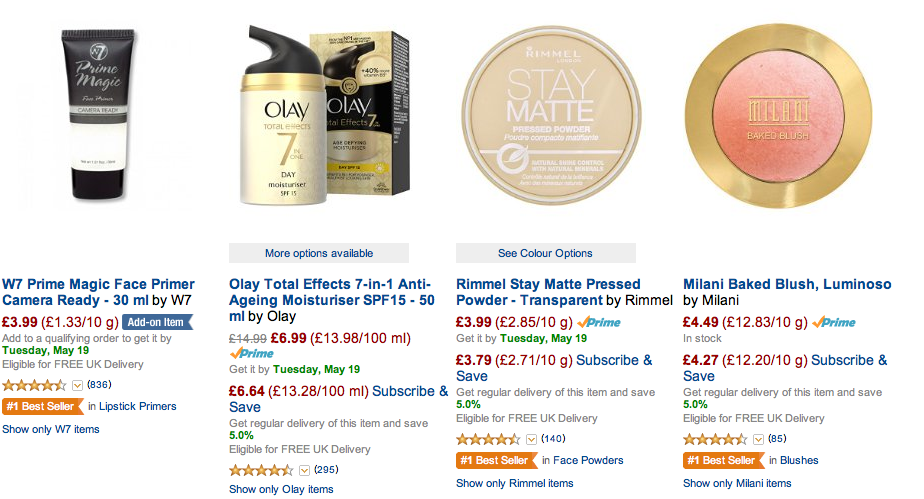 Amazon is probably the best place to buy makeup online. There is a five star rating system so you know whether the product you're buying has worked for other people. You also get the chance to buy straight from the retailer so you can be sure that the item has come straight from a safe place.

Clothing retailers
You may not be aware of this, but your favourite fashion retailers probably sell makeup. Places like H&M and Asos are pioneering quality cosmetics at insanely low prices. The best part is that their makeup is getting better and better with each season. The quality of these cosmetics drastically improves with each new release so don't be afraid to make a risk purchase of an H&M lipstick.

5 Beauty Youtubers Other Than Zoella That You Need To Watch