This is not a drill!

In One Direction news, Zayn tweeted the following to Louis last night after a month of growing tensions between Zayn and his former bandmates. 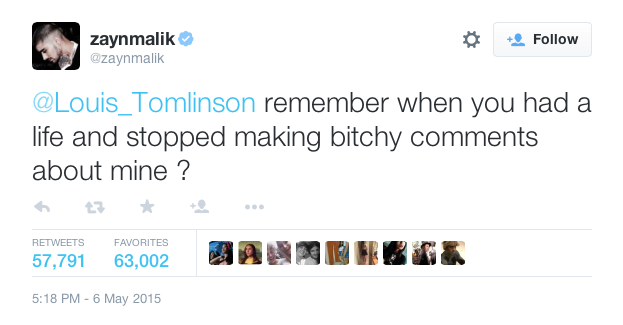 As things got majorly heated, Zayn tried to ease tensions and reassure fans but it just came out kind of…weird.

Don't know why I'm being attacked for defending myself , people got it twisted! I love my fans ?! Every single one of you x

Suffice to say that, once you release the flood gates there is no turning back. One Direction fans are majorly conflicted but can't help feeling hurt over the tattered state of the fandom.

"They went from the bottom of the stairs to the top of the world but on their journey, they forgot Zayn had a fear of heights"

imagine your fav leaving everyone for a douchebag and completely changing. this is how every zayn girl has felt this year. it hurts

Louis did not address Zayn's tweet but he did trade shots with producer Naughty Boy who boasted about having Emeli Sande and Sam Smith on his CV. 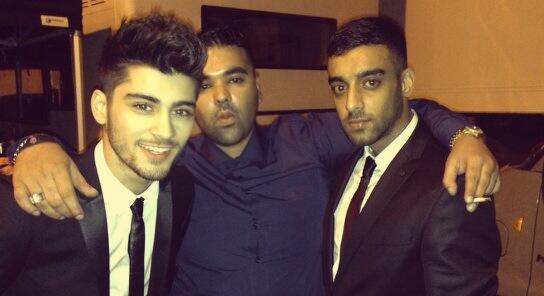 @NaughtyBoyMusic good for you , well done !! I think we've done alright in terms of sales and I've happened to write on most. Keep trying !