Going on record to say that this man has ruined so many lives with his good looks.

Zayn Malik has done it. He has finally done it. That devastating creature of a man has tamed his tresses and we. Are. Loving. It. For Zayn so loved the fandom, that he tamed his only begotten strand.

Zayn debuted the look on Saturday and it seems that the general consensus is that he has done well for himself.

ZAYN MALIK NEW SELFIE AND HIS NEW HAIR GOT ME LIKE pic.twitter.com/6FRVPxS8f8

Zayn got some major love for his hair and a fan even posted some art showcasing his new do. Being the benevolent creature that he is, Zayn promptly changed the fan art to his twitter profile picture and it's all just a bit much at this point. 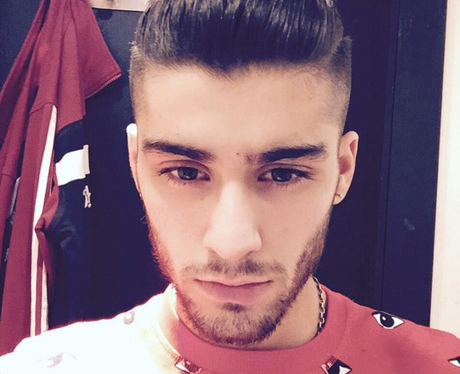 So there you have it, Zayn. If you were trying to devastate us with this surprise hair-nouncement, you've done it and now I need at least a 3-hour nap to recover.

Zayn Malik Changed His Hair Again And The Internet Is Divided