When is Grey's Anatomy returning? Here's when it's back on TV

When does Grey's Anatomy come back and when is the next episode? Fans will have to wait until March to see what happens next.

Grey's Anatomy season 17 has managed to throw more twists, turns and heartbreaking moments into its first six episodes than we could have ever possibly imagined.

The ABC medical drama is currently on hiatus, leaving fans desperate to find out what happens next after that devastating winter finale episode. (Is Meredith gonna be okay? Am I gonna be okay? Who will show up on the beach next?)

But due to delays caused by the pandemic, and the fact that season 17 will be a shortened season, fans will have to wait until March to find out what happens next.

READ MORE: QUIZ: Can you name all 15 of these Grey's Anatomy characters?

When is the next episode of Grey's Anatomy season 17?

According to ABC, the next episode of Grey's Anatomy (17x07, the mid-season premiere) will air on Thursday 4th March. It will return at its usual time slot of 9pm ET.

How many episodes of Grey's Anatomy season 17 are there?

Speaking to Deadline, show runner Krista Vernoff explained why fans are having to wait 11 weeks to find out what happens next to Meredith Grey as she is treated for COVID-19 infection. It's all to do with the shortened episode count of season 17.

Instead of the usual 24 episodes, Grey's Anatomy season 17 will reportedly only have 16 episodes. This makes it one of the shortest seasons in the show's history, alongside season 1's 9 episode run.

Due to the delayed premiere date, 6 episodes aired before the scheduled winter hiatus, and because of the shortened episode count, the remaining episodes will air in March instead of the usual January slot in order for it to end in time for May's finale season.

Despite the delays, fans still have a lot more to look forward to in Grey's season 17.

As Meredith continues battles with COVID-19, she'll be taking plenty of trips back to her dream beach. Patrick Dempsey is still scheduled to appear in a few more episodes as Derek Shepherd. Vernoff has also teased that even more past characters could show up on Meredith's beach.

So far, we've seen Derek and George O'Malley. We've also seen Richard Webber and Miranda Bailey appear, confirming that it's not just dead people that Meredith is dreaming about. Fans have a long list of characters they're hoping to see return, with Chyler Leigh's beloved Lexie Grey placed firmly at the top. 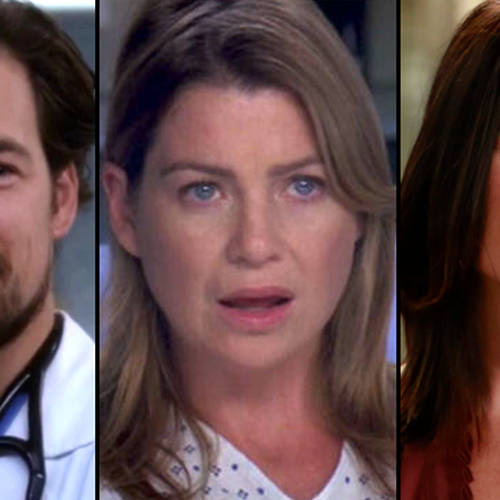